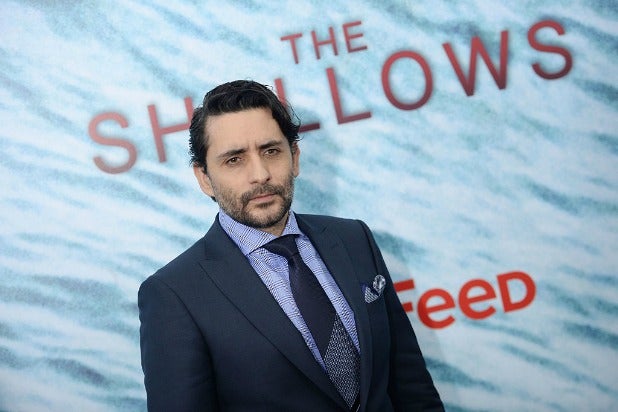 Jaume Collet-Serra is being eyed to direct the New Line Cinema and DC Comics movie “Black Adam,” an individual with knowledge of the project tells TheWrap.

Adam Sztykiel (“Rampage”) is writing the screenplay. Johnson, who has been attached to the role since 2008, will produce “Black Adam” with Dany Garcia and Hiram Garcia via their Seven Bucks Productions banner, along with Beau Flynn’s FlynnPictureCo. Johnson, Flynn, Garcia, Garcia and Collet-Serra also collaborated on Disney’s “Jungle Cruise” which also stars Emily Blunt. “Jungle Cruise” will be released on July 24, 2020. Scott Sheldon will oversee for FlynnPictureCo.

Previously in “Shazam,” when Billy Batson (Asher Angel) first arrives at the Rock of Eternity and meets the Wizard (Djimon Hounsou), he produces a hologram of an ancient city. The Wizard explains to Billy that the Council of Wizards had a previous champion who became corrupted and used his powers for revenge. The Wizard conjures up the previous champion who looks a lot like Dwayne Johnson and is seen in silhouette, rendered in gold, wearing the “Black Adam” costume and hooded cape from the comics. Black Adam would unleash the Seven Deadly Sins upon the world. When confronted by the Council of Wizards, Black Adam killed the entire Council except for the wizard known as Shazam.

Collet-Serra is repped by CAA.