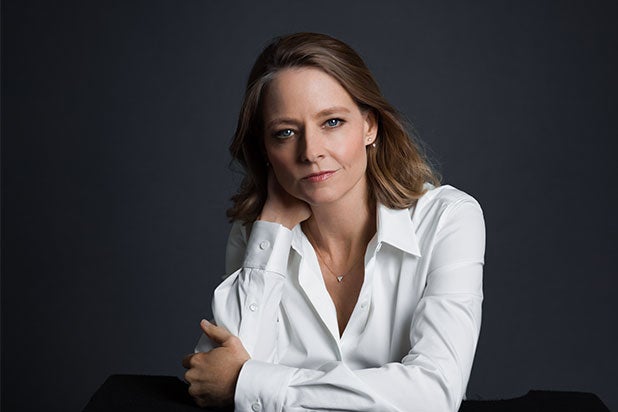 Jodie Foster is attached to direct a drama based on the true story of how Leonardo DaVinci’s iconic painting the Mona Lisa was stolen in 1911, an individual with knowledge of the project tells TheWrap.

Bill Wheeler is writing a draft of the screenplay for Foster to direct based on the book “The Day They Stole the Mona Lisa” by Seymour Reit. The robbery, perpetrated by Vincenzo Peruggia in 1911, helped elevate the painting to legendary status.

The film is in the vein of “The Thomas Crown Affair” and “The Sting” and will blend fact and fiction, focusing specifically on the people behind the heist.

As described in NPR, the robbery took place inside the Louvre in 1911, where three Italian handymen hid out in a supply closet and managed to swipe the 200 pounds of the painting, protective glass and frame off the wall and get it onto a French subway train out of the city. The painting was missing for a full 28 hours before anyone noticed it was gone, and when the news broke, the painting became famous overnight. Though DaVinci painted the Mona Lisa in the 16th century, French art critics didn’t recognize it as a masterpiece until the late 19th century, and the robbery helped elevate its status even further.

The untitled film will be financed by the Los Angeles Media Fund as led by Jeffrey Soros and Simon Horsman.

Foster, who is represented by CAA, is also attached to both direct and star in an English-language remake of the Scandinavian thriller “Woman at War.”

Deadline first reported the news of the story.