Peacock’s new series “Joe vs Carole” may be looking to capitalize off the popularity of last year’s Netflix hit “Tiger King,” but John Cameron Mitchell, who plays Joe Exotic, said the docuseries was a hard watch for him.

“There’s something about (Joe) that I actually couldn’t really bear to watch the whole thing at first, because it was like, everyone’s behaving so badly,” Mitchell said in an interview with Entertainment Weekly. “The docuseries I found a bit sensational. It was certainly riveting, but it was docking. It wasn’t trying to go deep.” 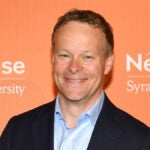 “Joe vs Carole” is not directly adapting “Tiger King,” but rather the Wondery true-crime podcast series “Over My Dead Body,” which profiled Joe Exotic a year before “Tiger King” was released. Mitchell said he preferred the podcast over the docuseries and that he auditioned for the role in part for the challenge of portraying Joe in a sympathetic way.

“He’s trying to fit in, he’s trying to create a sanctuary for not only his animals but for all these broken people that come to work for him, including boyfriends. He definitely has to be the king of it, the king of them, which ends up becoming kind of destructive,” he said. “But I understand it. I create my own sanctuaries with my movies and plays. Even though I had not much in common with him, I do relate to him.”

Above all, Mitchell sees Joe Exotic’s story as one of the American lust for fame, with the tiger keeper seeking it under the belief that it will cure the financial and social insecurity in his life. 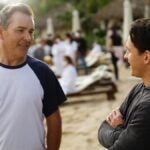 Also Read:
‘Uncharted': Nolan North Breaks Down His Cameo and How a ‘Pretty Little Liars’ Fan Helped It Happen