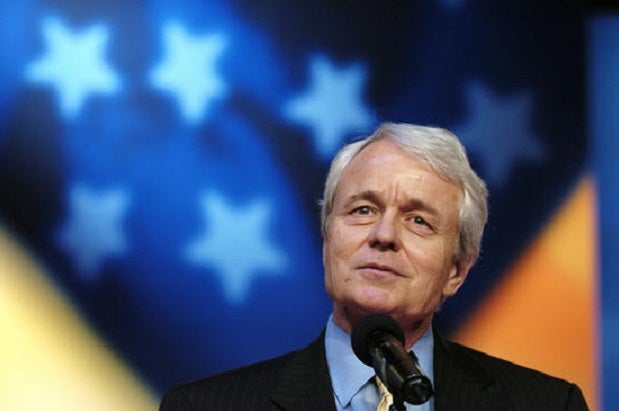 John Carroll, a former editor who helped lead the Los Angeles Times to 13 Pulitzer Prizes during his tenure has died. He was 73.

Carroll died Sunday at his home in Lexington, Kentucky, where he previously served as editor of the Lexington Herald-Leader, his wife Lee Carroll told the L.A. Times.

He had been suffering from Creutzfeldt-Jakob, a degenerative brain disease.

In a tribute posted on its website, The Times described Carroll as “a courageous editor whose instinct for the big story and unrelenting focus on the craft of journalism guided the Los Angeles Times to new heights, including a record 13 Pulitzer Prizes in five years.”

During his tenure, Carroll guided the paper to focus on investigative reporting and beat coverage. Of the 13 Pulitzers The Times won, five were awarded in 2004 — the largest number the paper ever received in a single year.

Carroll and his managing editor Dean Baquet, who went on the lead the New York Times, were credited with improving newsroom morale at the L.A. paper after a scandal involving a special edition of its Sunday magazine published as part of a revenue-sharing agreement with the Staples Center, the subject of the issue.

Carroll joined The Times in 2000 after previously working at the Philadelphia Inquirer, the Lexington Herald-Leader and the Baltimore Sun.

At the Sun, Carroll was said to have clashed with David Simon, the crime reporter who later created the critically-acclaimed HBO series “The Wire.”

The last season of “The Wire” — which ran from 2002 to 2008 — focused on the media and featured a newspaper editor based on Carroll. The character was portrayed as having little regard for reporters and an obsession with winning prizes.