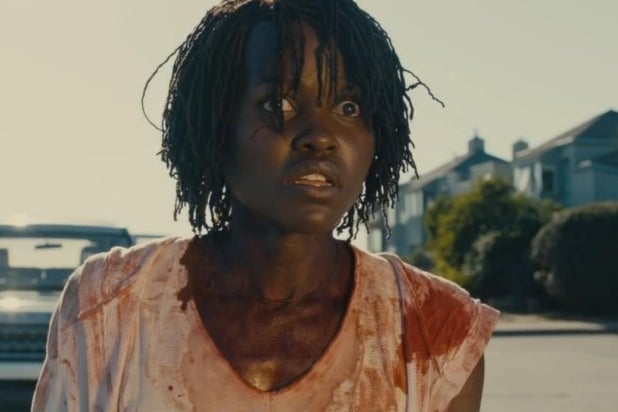 Two years ago, Jordan Peele became the box office’s biggest surprise as “Get Out” became one of the year’s biggest cultural and financial hits. Now, with an Oscar and multiple producer attachments to his name, Peele is ready to make a big splash at the box office again as Universal releases his second film, “Us,” nationwide this weekend.

While there were 14 other films that had a higher domestic gross than in 2017, “Get Out” had by far the biggest return on investment. Produced by Blumhouse with its usual thrifty approach, the film grossed $176 million domestic and $255 million worldwide against a mere $4.5 million production budget. The film also legged out far better than most horror or R-rated movies, as it opened to $33.3 million in February 2017 and more than quintupled that amount by the end of its domestic theatrical run.

Universal says that any opening higher than what “Get Out” made would be considered a success, but trackers are very optimistic as they project a $45-50 million opening. An opening on the higher end of that range would match the $50.2 million opening of last year’s horror hit “A Quiet Place,” which “Us” is currently outperforming in advance ticket sales on Fandango. The film is also expected to leg out as well as “Get Out,” which could mean a domestic run of more than $200 million against a $20 million production budget.

Even compared to other upcoming horror films like “Pet Sematary,” “Us” is a fiercely unique film that is enjoying immense social buzz and critical acclaim. Since its premiere on the opening night of SXSW, “Us” has earned a 98 percent Rotten Tomatoes score, with 68 reviews logged. And along with lead stars Lupita Nyong’o and Winston Duke, both of whom are still riding high off of their “Black Panther” fame, “Us” also has something that was once common decades ago but which is now rare: a director with box office draw.

Also Read: Jordan Peele's 'Us' Wins Over Critics: 'A Masterpiece' Despite Some 'Messiness'

“In horror, there is a brand recognition with Blumhouse, but there isn’t a single director that has become so popular with audiences as Jordan Peele has,” said Exhibitor Relations analyst Jeff Bock. “The closest person I can think of is Eli Roth, but even he didn’t get nearly as big off of just one film the way Peele has with ‘Get Out.'”

Written, directed, and co-produced by Peele, “Us” stars Nyong’o and Duke as an upper-middle class African-American couple on vacation with their two kids. But their vacation is interrupted when they are attacked by clones of themselves known as The Tethered, who have come to claim the family’s lives for themselves. Tim Heidecker and Elisabeth Moss also star in the film, which was produced by Blumhouse’s Jason Blum, QC Productions’ Sean McKittrick and Ian Cooper, who is producing alongside Peele through Monkeypaw Productions