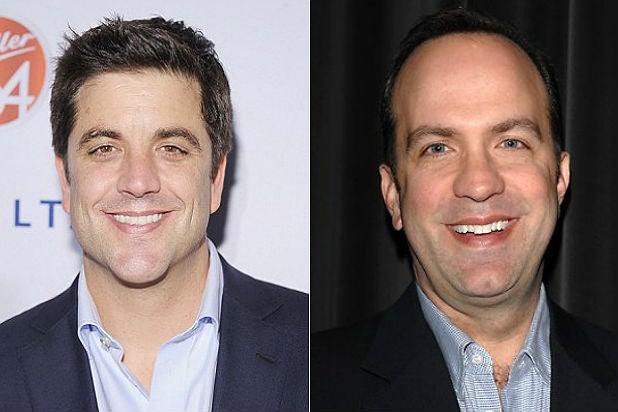 Yanking Josh Elliott from ABC’s “Good Morning America” line-up to lure him to NBC Sports – which insiders tell me caught the newly-minted ABC chief Ben Sherwood off guard – was a “Machiavellian” move, as one put it, aimed at disrupting GMA’s ratings momentum over the once-dominant “Today.”

Sure, it was a little pricey. What did it cost to get Elliott? Four million? Five? But – please, people. This is Comcast’s NBCU. They’re not exactly hurting for cash. And the risk is well worth it.

The gamble is that Elliott will take refuge for a few years at NBC Sports, giving the network a back-up plan in case “Today” needs some help. If the “Today” show turns its fate around and Matt Lauer becomes popular again – then Lauer can sign a new contract next year and all is well.

But if the “Today” show continues to struggle and Lauer does not stay, Elliott can step in to the main job and the limelight. (Update: Another individual close to the negotiation denied that Sherwood was “surprised” by Elliott’s decision to quit on Sunday night, but acknowledged that he believed it would be possible to reach a different outcome.)

No one really thinks that Elliott made the move because he wants to leave general news and report exclusively sports. He knows the score. “He’s in the bullpen in the other stadium,” as one insider put it to me. “It’s a preventative move.”

As others have reported, Elliott was deep in negotiations with Sherwood over renewing his contract on “Good Morning America.” But his relations were not good with either Robin Roberts or George Stephanopoulos, which left an opening to NBC. “Josh fell out of love with ABC,” as one wag put it. Update: The individual inside the negotiations said that Elliott was seeking an $8 million contract renewal that would rise to $13 million by its end, and demanding Stephanpoulos’s job. Neither demand was realistic. The individual described Elliott as “mercurial” and unwilling to take a $5 million offer from ABC with no guarantee of the lead position on GMA. (Cue every network executive around Hollywood, together now: Sigh.Talent.)

One reason to believe that Elliott’s luring was not merely a matter of NBC Sports Group chief Mark Lazarus selling the newscaster on a smaller screen presence is the “Today” show’s relative importance. Everyone at Comcast is painfully aware of “Today’s” plunge in the ratings after 16 years of morning news show dominance. Indeed, it is the one major and enduring embarrassment at the network.

So how to fix it? Josh Elliott. The win over ABC was particularly sweet, coming on the heels of “Today’s” Sam Champion dumping GMA for The Weather Channel.

So, hey there “Today” show team – you’ve got a chance. The brass has successfully disrupted GMA’s ongoing ratings rise, and now it’s up to you to turn that into viewers.

Can “Today” capitalize on the blow to their ABC rival? That will really depend on how good the show is. And without Champion or Elliott, it will show whether talent or programming chops has been driving GMA’s success.

Is it irrevocable? “We’re about to find out,” said one wag. “‘Today’ show has to be good enough to take advantage of this opening. If they can’t do it now, they should blow the whole show up.”