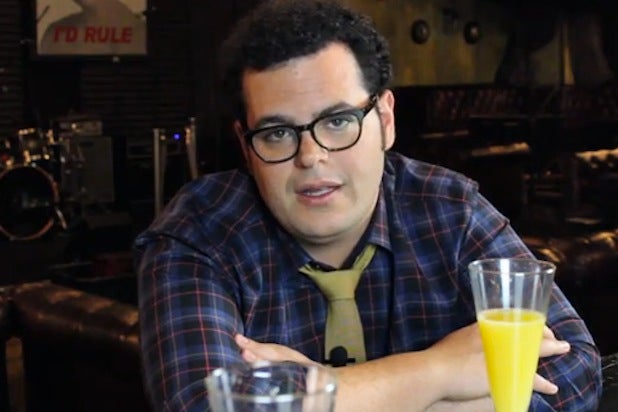 “The Wedding Ringer” star Josh Gad is being eyed to play Roger Ebert opposite Will Ferrell in the fact-based indie movie “Russ & Roger Go Beyond,” producer David Permut told Hollywood-Elsewhere on Sunday.

Gad has not inked a deal and hasn’t even read the script yet, an individual familiar with the project told TheWrap, but he is the producers’ top choice to play Ebert and the chance to work with Ferrell is an enticing opportunity for any rising comic actor.

While the film’s director hasn’t been revealed, Emmy winner Christopher Cluess (“Saturday Night Live”) wrote the script, which chronicles the unique relationship between budding film critic Ebert and soft-core filmmaker Russ Meyer, who teamed up to make the cult classic “Beyond the Valley of the Dolls” in 1970.

Ebert had written a positive review of one of Meyer’s films, and the director was so appreciative that he hired the critic to write the screenplay for “Dolls.” Together, they battled the ratings board over the film’s X-rating and 20th Century Fox’s board of directors. They remained friends until Meyer died in 2004.

Permut will produce through his Permut Presentations banner along with  Richard Waltzer of Chautauqua Entertainment and Mark Amin of Sobini Films, whose Cami Winikoff, David Higgins and Tyler Boehm will also produce. Permut’s Chris Mangano will executive produce, while Steve Longi will serve as co-producer.

Ferrell first became linked to the project last August, while Jonah Hill had previously been considered to play Ebert though discussions didn’t materialize in a deal.

Ferrell and Gad both share the screen with Kevin Hart in their respective upcoming comedies “Get Hard” and “The Wedding Ringer,” the latter of which opens Jan. 16.

Also Read: Josh Gad Asks Kimmel ‘Do You Wanna Be A Snowman’ for Halloween? (Video)

Gad recently voiced Olaf the Snowman in Disney’s global hit “Frozen” and played Zach Braff’s brother in “Wish I Was Here.” In addition to “The Wedding Ringer,” he’ll soon be seen alongside Adam Sandler in Sony’s “Pixels” and opposite Billy Crystal in the FX series “The Comedians.”