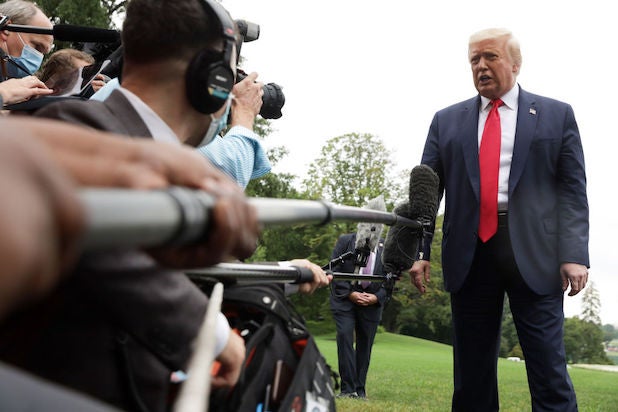 “The WHCA has just been informed that a member of our press corps tested positive for COVID-19 this morning. We’ve already reached out to those who were in the pools with this individual, and the White House Medical Unit is conducting additional contact tracing and providing follow-on tests for those in the pools and potentially exposed,” Zeke Miller, the WHCA’s new president, wrote in an email to members. “This is a reminder of the need for continued vigilance. Mask wearing is absolutely critical at all times, including in our crowded workspace, in pool vans and when asking questions in the briefing.”

Miller did not disclose the name of the reporter, but the Tampa Bay Times reported that the individual was standing close to “dozens” of reporters and photographers who were standing shoulder-to-shoulder and unable to social distance at the roughly 45-minute event.

Trump appeared alongside Gov. Ron DeSantis, Sen. Rick Scott and other top state officials for a press conference last Friday about COVID-19 and Tropical Storm Isaias at the Pelican Golf Club in Belleair. Speaking with reporters on Monday, DeSantis said he had been tested and was not experiencing any symptoms.