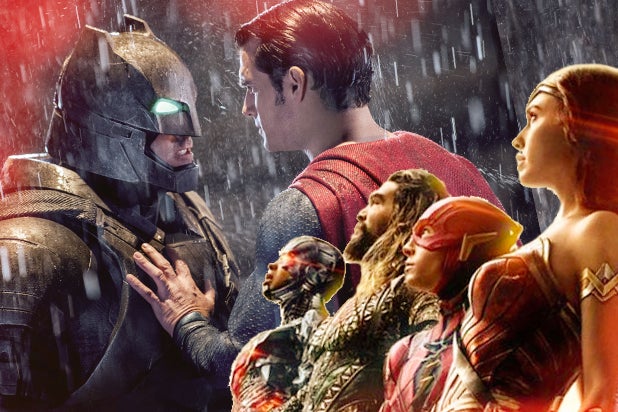 “Justice League” had a lot of enemies: a looming corporate merger, a family tragedy, an internal clash between light and dark themes. But its greatest enemy was time.

Few people are happy with the finished project, which one insider called “a Frankenstein” made of the assembled parts favored by rotating executives and directors and which had the worst opening for a DC Comics-based movie in years. But several people who spoke to TheWrap said the decision to keep the film’s Nov. 17 release date was a mistake — one as plain as Superman’s face.

Specifically, the weird, computer-generated look of his face — just one byproduct of the film’s rushed schedule.  Here, according to insiders, is the story of how “Justice League” just ran out of time.

Despite the assembled might of Batman, Superman, Wonder Woman, Cyborg, Aquaman, and The Flash, “Justice League” opened well below studio expectations, at $96 million. It’s easy to forget now, but the disappointment of “Justice League” began with success.

When Christopher Nolan completed his celebrated “Dark Knight” trilogy, a hyperreal re-imagining of Batman, Warner Bros. hoped he would turn next to rebooting Superman.

But Nolan opted out, instead supporting Zack Snyder to direct the Superman reboot “Man of Steel.” Like the Snyders, Nolan and his wife, producer Emma Thomas, made films together. They were about the same age. They got along.

Snyder seemed like a good fit. He had directed the comics adaptations “Watchmen” and the surprise hit “300,” the latter of which was inspired by the work of Frank Miller, who reinvented Batman with the 1980s stories “Year One” and “The Dark Knight Returns.”

Snyder appears to have enjoyed as much freedom in his vision of the DC Universe as Nolan had enjoyed with his Batman films. He answered to Greg Silverman, the Warner Bros. executive who guided hits like “The Dark Knight,” “The Hangover” and “300.” In 2013, Silverman was named Warner Bros. president, reporting directly to Warner Bros. CEO Kevin Tsujihara.

These qualities might have been praised if Snyder’s films were universally loved: Executives are usually criticized for meddling too much, not too little. No one complained that Nolan had too much freedom on “The Dark Knight.”

Snyder’s nihilistic tone may have made sense for Batman, a vigilante driven by grim determination. But many fans found it jarring for Superman, a character known for hope and optimism. When Superman broke an enemy’s neck at the end of 2013’s “Man of Steel,” many purists felt that Snyder had misunderstood the hero entirely, believing he would never stoop to the level of his evil adversaries.

“Batman v Superman” had scored the second-highest opening of 2016, behind only “Captain America: Civil War.” But the buzz was bad: After its $166 million opening weekend, second weekend totals dropped 69 percent to $51 million. Soon after, “Suicide Squad” disappointed with another grim, dystopian vision of the DC Universe.

“This just goes to show you how much the brand has eroded since ‘Batman v Superman.’ That was supposed to be the precursor to something even more momentous, but that never ended up happening because of how badly ‘BvS’ performed. The word of mouth has just been toxic,” said Jeff Bock, Senior Box Office Analyst at Exhibitor Relations.

After the disappointment of “Batman v Superman,” the individual with deep knowledge of Warner Bros. said studio executives repeatedly went to Silverman to suggest removing Snyder from “Justice League.” The individual said DC President Jon Berg was sent to the set for the better part of a year to oversee the production out of budget concerns.

The insider said Silverman was “quite harsh on Zack” when “Batman v Superman” underwhelmed audiences. But he didn’t fire him: Removing a director is a major distraction on any film, and it would be a sign of serious trouble on a tentpole designed to support a larger universe.

“They were already in deep prep on ‘Justice League’ and it would have cost a fortune. There’s stickiness to a director because there’s so much cost to unstick him,” the insider said. “Warners is a studio that almost to a fault always wants to project strength.”

Asked who ultimately decided to keep Snyder on, the insider said: “It wasn’t Greg’s decision. This was all happening on a Tsujihara level.”

In December, Silverman stepped down as president of Warner Bros. Pictures, and was replaced by Toby Emmerich.

This is the part comic-book fans probably might not care about, but it’s crucial: In October of 2016, Warner Bros. announced plans to merge with AT&T, and the companies began sizing up each other’s assets and liabilities.

Moving the date of a tentpole film like “Justice League” could have projected weakness. A hit would project strength. And Warner Bros. expected a hit.

The studio had become vocal about wanting “Justice League” to have a light tone, like the one director Joss Whedon had struck for rival Disney’s Marvel Universe blockbuster superhero team-up “The Avengers.” Whedon was enlisted, with Snyder’s blessing, to help add some levity and fun to the script for “Justice League.”

In the spring, while Snyder and Warner Bros. were engaged in a push-pull over the right amount of light and darkness in “Justice League,” true tragedy struck.

At first, an insider said, the director’s plan was that “work was gonna be kind of a refuge.”

But then it wasn’t. Snyder was under added pressure because Warner Bros. was embracing “the lighter, different, more confectionary ideas of Joss,” the insider said. “It stopped being a good situation on any level.”

And so in May, Snyder left “Justice League” to focus on his family, and, eventually, a more personal project, the film “Last Photograph,” with Warners’ support.

And Whedon took over the project.

But time was running out.

The Merger and the Mustache

Soon after Snyder left “Justice League,” Warner Bros. got another sign that its movies didn’t have to be bleak: Patty Jenkin’s “Wonder Woman” shook off Snyder’s violent, monochromatic vision of the DC Universe with a fun, uplifting lead character, winning critical praise and performing above expectations at the box office.

Whedon had to choose between continuing Snyder’s vision or lightening up “Justice League” as much as he could.

Scheduling was intense: “Superman” actor Henry Cavill, on loan from shooting “Mission: Impossible 6” for Paramount, was not allowed to shave a mustache he had grown for that film, so “Justice League” was forced to remove it digitally. Fans would later complain that his face looked weird.

One executive told TheWrap Tsujihara and Emmerich “wanted to preserve their bonuses they would be paid before the merger,” and were worried that “if they pushed the movie, then their bonuses would have been pushed to the following year and they might not still be at the studio.”

Another knowledgable insider said that at the highest levels of Warner Bros., bonuses are awarded “for making good decisions.” If delaying a film is the right decision, an executive could be rewarded for it.

The final version of “Justice League,” a compromise between Snyder’s vision and Whedon’s, left few people completely satisfied. (TheWrap’s Phil Owen recently studied the finished film to guess how much of the final vision belonged to each director.)

“I think Warner Bros. biggest misstep was not pushing the release of ‘Justice League’ when Snyder had to step aside,” the executive told TheWrap.

More than 100,000 fans agreed, by signing a petition calling on Warners to release Snyder’s version of the film.

But audiences weren’t wild about Snyder’s last pure Snyder film, either. For now, his rein over DC movies is over.

Matt Reeves is currently writing and steering “The Batman,” Jenkins recently closed a deal to return on the “Wonder Woman” sequel, to be set during the Cold War, and “Shazam” is under the guidance of “Lights Out” filmmaker David F. Sandberg.

Who can lead Warner Bros. out of the dark waters?

Aquaman, the studio hopes. The film, directed by James Wan, is due for release next December.