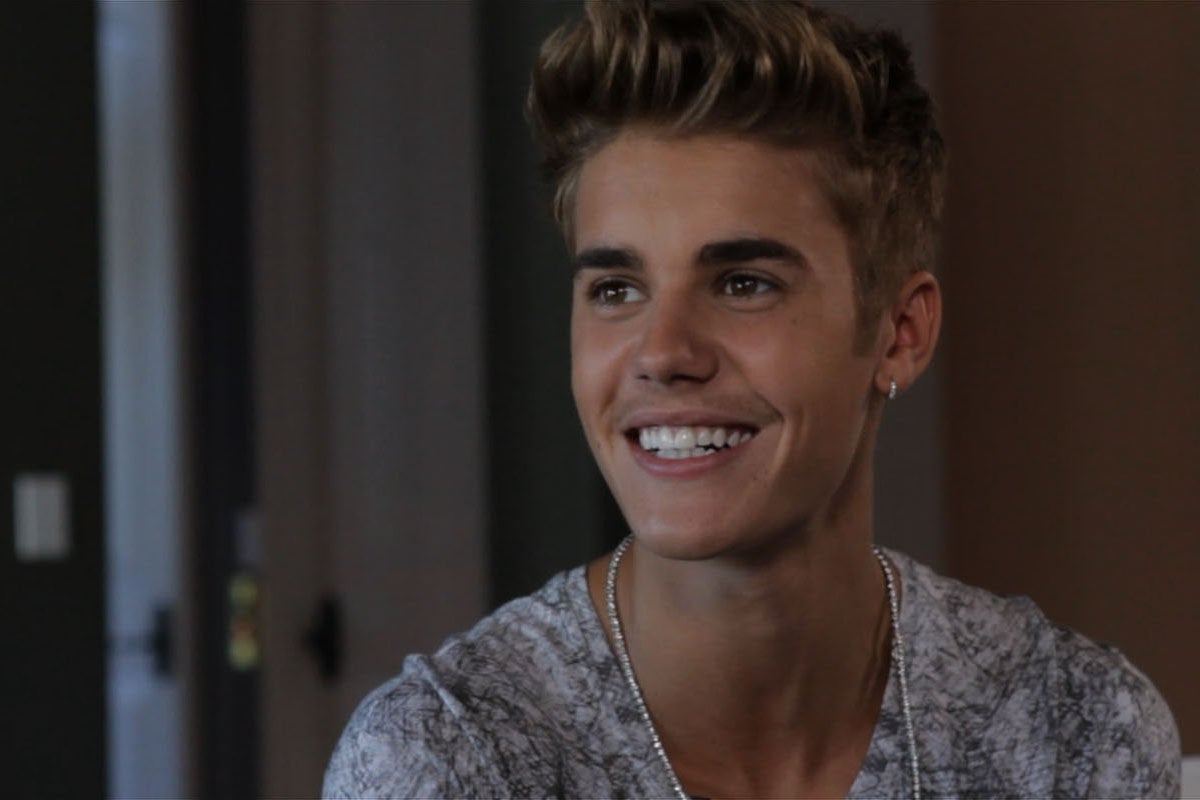 The idea that a 19-year-old kid worth $130 million can respond to questions about level-headedness with “I’m not going to be stupid” might be laughable, but few people in the audience of “Justin Bieber‘s Believe” are probably going to be laughing. 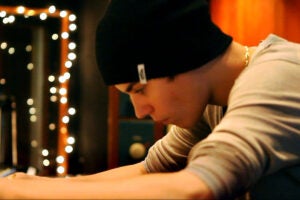 A movie designed expressly for the music star’s fans and spun directly from the success of its pop-biography predecessor, “Justin Bieber: Never Say Never,” Jon M. Chu’s follow-up documentary aims to look inside Bieber as his success grows and the singer comes of age. But it’s a microscope of which the young star is all too aware, and there’s simply too much lacquer on his image to get through to who Bieber is or how he actually feels. “Believe” feels earnest but superficial, a next-chapter look at a star who hasn’t come enough to terms with where he’s come from to contemplate where he is, or where he’s going.

Shot concurrently with Bieber’s 2013 “Believe” tour, the film presumes that you know the singer’s backstory, not to mention his personal peccadilloes over the past year or two. Contrasting footage from the tour with fan tributes, collaborator interviews and reflections from Bieber himself, Chu makes this second doc an examination of a phenomenon in motion, commenting on the great opportunities – and, sure, occasional challenges – that come with international superstardom.

It’s easy to judge Bieber’s immaturity and his misbehavior – and to chortle at his insistence that he can handle the prospect of never being told “no.” But there is a bona fide truth in Chu’s observation that the singer is going through typical adolescent experiences, including being a jerk and making mistakes, that few of us ever had to do with the media scrutiny that Bieber constantly endures.

For example, Bieber appears unquestionably ridiculous mad-dogging UK paparazzi after they threaten to give him a beating. But how many young men have been forced to deal with people with cameras following their every move, and antagonizing them at every opportunity in the hopes of provoking a tantrum? The film never makes Bieber a martyr or seeks the audience’s pity, but it fairly acknowledges he is dealing with a kind of attention most will never face.

Although there are no moments like Chu’s sublime slow-motion shot of Bieber’s hair-flip in “Never Say Never,” the director doesn’t shy away from making light fun of the singer’s hallmarks, and even a handful of his misdeeds. (He includes a sequence from Zach Galifianakis‘ “Between Two Ferns” with Bieber, which culminates in the comedian whipping the singer with his belt.)

That said, Chu underscores the appreciation and reciprocity that Bieber and his team show the fans by capturing impresario Scooter Braun as he hands out tickets to fans waiting for the show. And in one genuinely poignant sequence, Bieber breaks down as he recalls his experiences with 6-year-old Avalanna Routh, dubbed “Mrs. Bieber,” for whom he performed before she died of cancer.

Far from being a somber tribute to the people whose lives he’s touched, however, “Believe” captures some dynamite concert footage, and Chu’s own maturity behind the camera is self-evident as he not only films the action, but also coordinates it to maximize its impact cinematically. Indeed, even if some of Bieber’s songs remain unappealing, Chu chronicles their performance during the tour with a vividness and excitement that often feels infectious.

Ultimately, it’s hard to look at the film from any sort of non-fan perspective and not see it as less than hagiography – a tribute to Bieber’s success, and a complimentary portrait of how well he’s supposedly dealt with it. But even if the sort of documentary to allow its subject to describe without irony the intimate moments that he has “when I’m on that crane,” “Believe” is probably as personal as Justin Bieber circa 2013 is going to get – not because, given the ubiquitousness of the media coverage of his rise to stardom, he won’t open up, but rather that he probably can’t.