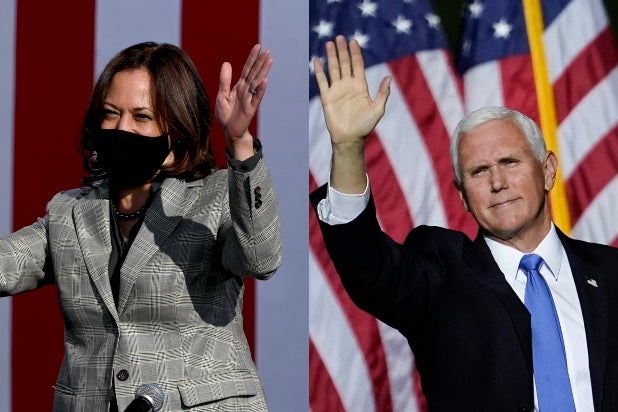 Senator Kamala Harris and Vice President Mike Pence will face off tonight in their first vice presidential debate, and “The View” co-host and birthday girl Joy Behar said Harris will have to be “careful” when it comes to Mike Pence’s ego on Wednesday’s episode of the daytime political talk show.

Behar was especially giggly today, which happens to be her 78th birthday, and moderator Whoopi Goldberg was more inclined to give her extra time to share some jokes at Pence’s expense.

“I get it, yes, it’s a callback to ‘Brownie’ from many years ago,” Goldberg said — and she was about to move on when Behar chimed in again.

“Let’s say Madame Curie, she’s on a date with a guy, and she goes, ‘I’m discovering radium. What about you? What are you doing today?’ This is the situation that Kamala is facing with Pence,” Behar joked. “She has to be very careful.”

Here’s how to watch the 2020 Vice Presidential Debate for free online via CNN.

WHAT TO WATCH FOR IN VP DEBATE: The vice presidential debate is set for tonight with Vice Pres. Mike Pence and Sen. Kamala Harris, with safety protocols in place after Pres. Trump tested positive for coronavirus — the co-hosts discuss. https://t.co/TB6tI6639s pic.twitter.com/bL0msJ3mK5