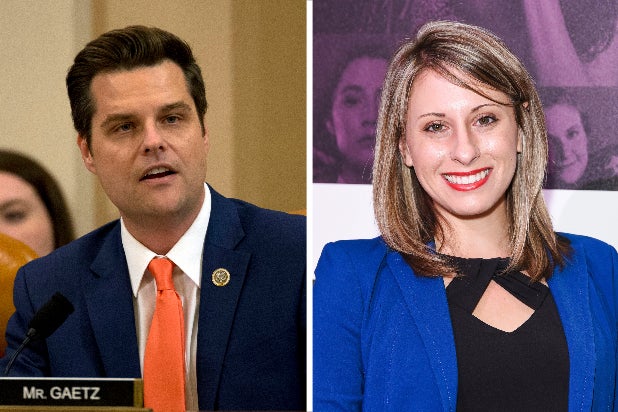 “Let me state it as clearly as possible: If, despite his denials, Matt Gaetz did have sex with a minor, if he did provide girls and young women with drugs and money and gifts in exchange for sex, if he did ask these girls and young women to recruit other women for the same purpose, and if he did show his colleagues images of nude women without their consent, he needs to be held responsible. Some of these actions are criminal and some of them should be. All are morally reprehensible and unacceptable for a lawmaker,” Hill wrote in a Monday op-ed published in Vanity Fair. “If there is even a fraction of truth to these reports, he should resign immediately.”

Last week, The New York Times reported that Gaetz is under a Department of Justice investigation for possibly having a sexual relationship with a 17-year-old girl and traveling with her across state lines. The paper later reported that Gaetz allegedly paid women for sex and asked the women to find others who would also have sex with him and his friends, while CNN reported that Gaetz showed nude photos and videos of women he said he slept with to other lawmakers. He has denied the accusations and said he does not plan to resign.

Also Read: Matt Gaetz Says He Has No Plans to Resign

In her piece, Hill described how Gaetz came to her defense after nude photos of her began circulating without her consent online and forged a “collegial (and unlikely) friendship,” despite their political and ideological differences. Though she said she hoped the accusations were untrue, she was unwavering in her calls for resignation if they were indeed true.

“There are moments when you learn that someone you’ve considered a friend has done something abhorrent. You have to decide whether to stick by them, stay silent, or speak out against them. Many lawmakers have been in this position, but regular people face the same dilemmas in their own lives. Like when a buddy shows you the private pictures of the hot girl he’s sleeping with. Or you find out that a colleague you like and respect has had an inappropriate relationship with a subordinate,” Hill wrote. “Sometimes it’s a tough call. But sometimes it’s not.”