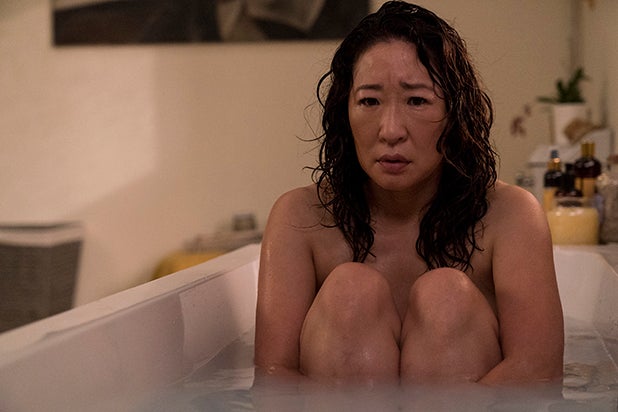 The smash hit first season of “Killing Eve” went out on a massive cliffhanger, with one act of violence that both inextricably linked the show’s two central characters while also permanently complicating the relationship. And Season 2 wastes no time delving into the consequences of that moment.

Set to return in April, the second season picks up just 30 seconds later, with both Eve (Sandra Oh) and Villanelle (Jodie Comer) reeling in the aftermath of the potentially fatal stabbing. Villanelle is on the run with a knife wound to nurse, while Eve has to come to terms with the fact that she might’ve just killed someone.

“I think what is most interesting about Eve stabbing Villanelle at the end of series one is Villanelle’s reaction to that and how she perceives that,” Comer told reporters at the Television Critics Association press tour on Saturday. “I think it affects them and changes them in a way that neither of them are quite expecting.”

Comer said audiences will see the typically in-control Villanelle “in a very different light” because, for the first time, “she has no control of the situation.”

But Villanelle won’t be alone in her moment of instability. Even though Eve and Villanelle don’t cross paths in the series very often, their stories became forever intertwined from the moment Eve took on the case in Season 1.

“You see them [both] vulnerable in slightly different ways,” Oh said. “Because they’ve crossed a line and there’s kind of no going back. We have a lot of energy at the beginning of the series that pushes both them into a different place of vulnerability.” 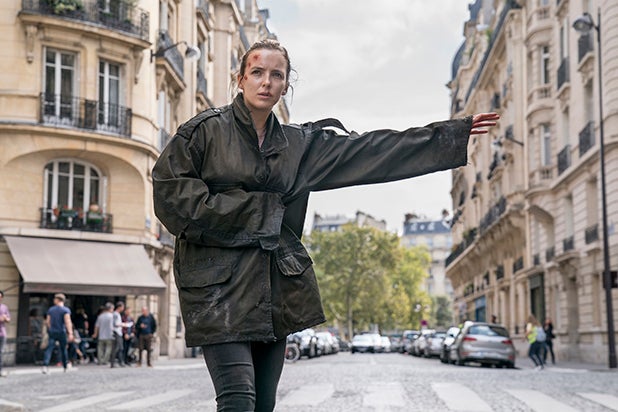 Season 2 will also introduce a new, potentially complicating twist to the Eve-Villanelle relationship that neither saw coming — a new assassin.

“Suddenly there’s someone between them for the first time,” teased executive producer and writer Emerald Fennel, who took over as showrunner for creator Phoebe Waller-Bridge for Season 2.

“With everything in this show, it comes down that core, which is the gravitational pull that Eve and Villanelle feel towards each other,” Fennel said. “What was fascinating was saying What do we do when somebody else comes along? Is she a female assassin expert, or is she a Villanelle expert? And what does that mean for her job?”

Also Read: 'Killing Eve' Season 2 to Be Simulcast on AMC

As for whether the two women — one a potentially psychopathic assassin, the other the spy obsessively trying to hunt her down — can find a way to resolve their relationship without the violence escalating even further, Oh and Comer said it remains to be seen.

“How can you come to terms with something — a relationship — that seems to be impossible?” added Oh. “That’s something that I think we’re trying to figure out daily.” 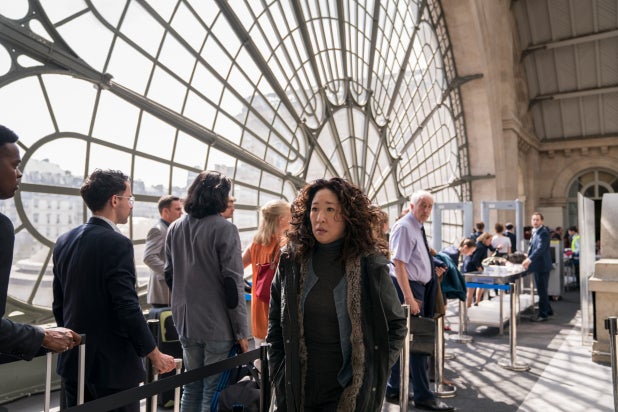