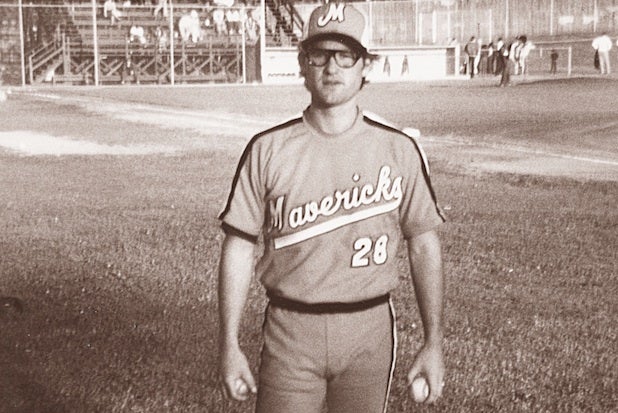 It was the only independent baseball team in the United States at the time, and it counted Kurt Russell, already an established actor in his own right, as one of its original players and later as a designated hitter.

“Over the years a lot of people have said to me ‘why don’t you do the Mavericks story?,'” Russell told TheWrap. “It’s a great tale; it has 1,000 stories to it, but when it’s your life and it’s so close to you, that’s not something I want to make a show of.”

Fortunately his nephews did, making “The Battered Bastards of Baseball,” which premiered at the Sundance Film Festival and Netflix acquired this week.

Russell spoke with TheWrap about playing ball, Sundance and being a fair-weather fan.

When did your dad create the team?
It was a decision my dad and I made together. What was so fun was that moment of saying “let’s do this.” I don’t think I had in mind what he had in mind. I was playing baseball in the Angels organization, playing AA ball in El Paso, Texas. I knew I played with guys who’d been let go, and it was possible to create a team that competes at that level.

I was surprised by how many guys could really play. Guys were angry. They wanted to show them they deserved to be playing and still had something to offer as players. They were a wild bunch. My dad was the ring leader. He was a tough boy.

Why did you play for his team?
I tore my rotator cuff in El Paso and realized I could go to the club my dad was putting together. I could help him get this thing under way. I was able to work out with the club and went to spring training. That was the end of the line for me, I was in and out of the Mavericks operation. Its last year I joined the club as a DH. I had a fun time watching them make a championship run for what we didn’t know would be the last year.

Did you ever want to make a movie about your dad?
Over the years a lot of people have said to me “Why don’t you do the Mavericks story?” It’s a great tale; it has 1,000 stories to it, but when it’s your life and it’s so close to you, that’s not something I want to make a show of. You just sort of throw it away.

So how did this come about?
My younger sister’s boys decided to do a documentary on the Mavericks three years ago, and a year later I sat down in a chair and wracked my brain. Thank god my mom was there. She kept remembering things and then I started remembering details. It was a six-hour process.

Next thing I knew, they were finishing the documentary and then I got a phone call saying they are going to Sundance. As they say in the doc world, we banged it out in three years.

Did you learn anything from the movie?
I knew every single thing about it, so no. But I was interested to see what story they were going to lead with and what information they had been able to capture. I would think it is impossible to capture in reality. They did it. I was stunned. They also captured the true Mavericks story. It was a magical five-year period. My father was a fiercely independent man.

Who do you root for?
I’m a Giants fan, but a bit of a fair weather one. I was pulling for the Yankees in ’09 since my daughter was spending time with Alex Rodriguez.

Ballplayers are funny. Most aren’t very good fans. I’m typical that way. I like to watch games and I appreciate the ballplayers and watching what they do. It just makes me want to play. You never lose that. The one thing baseball makes you want to do is play it.

Do you think this movie can reach a broad audience?
The quality had to be at a certain level to play at Sundance. It’s a great story; he’s a fantastic character. I’ve been asked many times, why don’t you do that? Now, the way these guys are talking about it, it might be something to consider. What would I do with it? I don’t know.  If bundled with the idea of motion pictures, the documentary shows there’s a hell of a story.