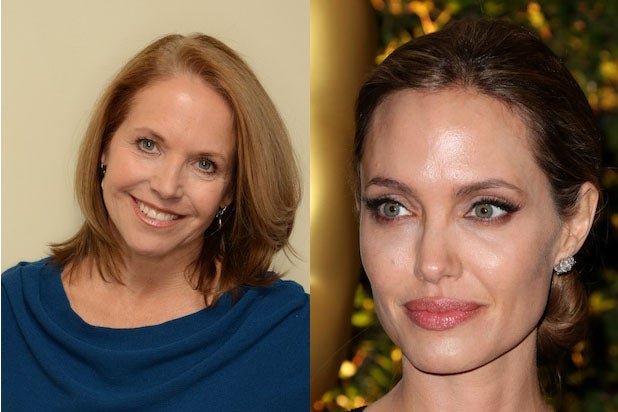 To find some of the biggest stars at Sundance this year, you’ll have to scan the credits: Global celebrities Angelina Jolie, Martin Scorsese, Katie Couric and Kurt Russell all played a part in movies at Sundance — but as producers, narrators and interview subjects.

The number of films with celebrity branding is a sign of the evolution of Sundance. A big name is necessary for a movie to get noticed at a festival ostensibly devoted to the little guy — or to get made in the first place. It also helps the festival lure star power when many of the year’s biggest independent movies are screening elsewhere.

The publicity team for “Difret,” which Jolie executive produced, sent out a statement from the actress on the eve of the festival announcing her involvement. She could not attend the festival, but the hope was her imprimatur would be enough to elicit some attention.

“This film is a strong moment for art in Ethiopia,” Jolie said. “It is inspiring to see such an important story so beautifully illustrated with such creative talent. It draws out the richness of Ethiopian culture and shows how important legal advances can be made while respecting local culture.”

Couric was on the stump in Park City promoting “Fed Up,” a documentary about childhood obesity she both produced and narrated. She sat for interviews and walked the halls of screenings. Her presence was propitious for the movie, but also for her own career, just weeks after she took over as Yahoo’s new global anchor.

Russell was here in a similar capacity, as producer and interview subject in “Battered Basterds of Baseball,” which his nephews directed. His daughter Kate Hudson and son Lance Russell both had movies here as well.

Martin Scorsese and Terrence Malick, two press-shy filmmakers who produced movies at the festival, were nowhere to be found.

If the presence of famous producers is a sign of the changes at Sundance, the actors-turned-directors is a continued reminder of the state of the independent film industry. As manager Peter Principato told TheWrap in our How to Improve Hollywood series, more and more actors must turn to writing, directing and producing in order to get passion projects made. Generating movies on your own is more important than ever.

Slattery first wanted to make “God’s Pocket” a decade ago when he read Pete Dexter’s novel. The rights were unavailable at the time, but Slattery continued to pursue it and began a draft with Alex Metcalf so that when he could make it, he’d be ready. A dark family drama set in Pennsylvania, it stars Philip Seymour Hoffman and Slattery’s “Mad Men” co-star Christina Hendricks.  Slattery had directed episodes of “Mad Men,” but Hendricks told the crowd at the movie’s premiere Slattery was different on the set of his first movie.

“There was a levity I haven’t seen in John, having so much freedom, telling his story — 100 percent his story,” Hendricks said after the movie’s premiere over the weekend. Neither of these is a new phenomenon. Actors have tried their hand at directing for years, and producers like Couric and Scorsese lent their name to projects out of passion – not vanity.

Couric initiated the idea for “Fed Up” while Russell resisted making a movie about his father’s efforts to bring minor league baseball to Portland until his own nephews decided to make a documentary.

“Over the years a lot of people have said to me, ‘Why don’t you do the mavericks story?’ It’s a great tale,” Russell told TheWrap. “When it’s your life and it’s so close to you, it’s not something I want to make a show of. You just sort of throw it away.”

However, if you take a look at the movies that are selling for millions of dollars – the importance of star power, whether on screen or off, is indisputable. The biggest deal will likely be for “Infinitely Polar Bear,” which stars Mark Ruffalo, while other major sales have involved Elijah Wood, Miles Teller and Keira Knightley. Films like “Beasts of the Southern Wild” are the exception – not the rule.

Russell may have come here to support his family, but there’s one kind of support that even he has to hope for.

“Everyone who comes to Sundance wants the same thing; they want their project to get bought,” Russell told TheWrap.