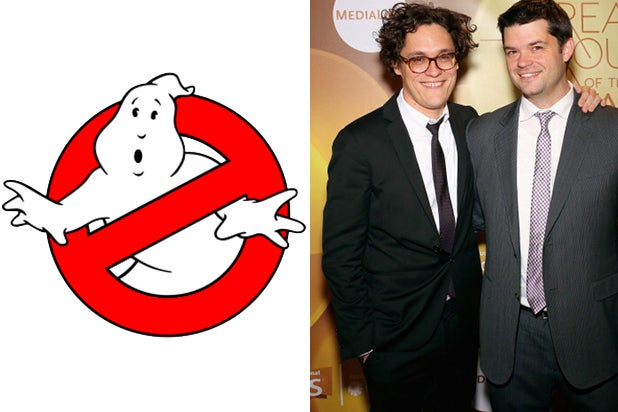 Hot off “The Lego Movie,” Phil Lord and Chris Miller are in early talks to direct “Ghostbusters 3” for Sony Pictures, an individual familiar with the project told TheWrap.

Sony declined comment, while a representative for Lord and Miller did not immediately respond to a request for comment.

Ivan Reitman, who directed the first two films in the franchise, had planned to direct “Ghostbusters 3” — though he reconsidered his role in the sequel following the death of close collaborator Harold Ramis, who played Egon Spengler.

While Reitman has stepped away from the director’s chair, he will remain closely involved as a producer. Reitman said Sony is happy with Etan Cohen‘s draft of the screenplay.

The original Ghostbusters will have a very small role in the sequel, though Bill Murray is not expected to reprise his role as Peter Venkman and join former co-stars Dan Aykroyd and Ernie Hudson, who played Ray Stantz and Winston Zeddmore, respectively.

“Ghostbusters 3” could start production as soon as this fall in New York, though early 2015 is more likely.

Lord and Miller are favorites on the Sony lot, having directed “21 Jump Street” and its upcoming sequel “22 Jump Street,” which hits theaters June 12.

Lord and Miller are repped by UTA.