Leonardo DiCaprio is is final talks to star and produce “Jim Jones,” which is centered on the 1970s religious cult leader, according to an individual with knowledge of the project. MGM picked up the project in a pre-emptive situation.

DiCaprio will produce “Jim Jones” for his Appian Way banner alongside President of Production Jennifer Davisson. Rosenberg will also executive produce the project. 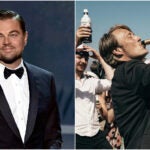 Jones and his cult orchestrated a mass murder suicide that claimed the lives of over 900 followers at Jones’ remote jungle commune at Jonestown, Guyana, on Nov. 18, 1978. The victims, including 304 children, drank Flavor Aid laced with cyanide.

DiCaprio will next be seen starring in Adam McKay’s “Don’t Look Up” opposite Jennifer Lawrence, Jonah Hill, Timothée Chalamet, Meryl Streep and Ariana Grande. DiCaprio will also be seen in frequent collaborator Martin Scorsese’ “Killers of the Flower Moon” for Apple Original Films.

Rosenberg is repped by WME and Sloane, Offer, Weber and Dern.