Amazon’s Prime Video has finally set the premiere date for the long-awaited fourth season of “The Marvelous Mrs. Maisel” — and revealed that the show will be shifting to a weekly format when it returns.

“The Marvelous Mrs. Maisel” Season 4 will debut Feb. 18, 2022 with its first two episodes, Prime Video said Monday. Following the premiere, the rest of the eight-episode season will drop in pairs of two installments every Friday for three more weeks.

This release plan is a big switch from the show’s first three seasons, which were all dumped at once on the streaming platform, and is the same strategy change that Prime Video drama “The Boys” used for its second season last year. 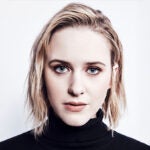 Along with the premiere date and weekly-rollout news, Prime Video also dropped the “Maisel” Season 4 teaser, which you can view above.

Actually, it’s the first of four teasers that will be launched this week ahead of the show’s return. In this one, Midge (Rachel Brosnahan) is moving on from her professional split with Shy Baldwin (Leroy McClain) and tells her manager Susie (Alex Borstein) she will no longer be anyone’s opening act and is going for headlining gigs only.

“It’s 1960 and change is in the air. Looking to hone her act, Midge finds a gig with total creative freedom. But her commitment to her craft—and the places it takes her—creates a rift between her and the family and friends around her.” 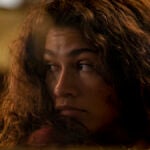