HBO has finally set the premiere date for the second season of “Euphoria,” and Emmy-winning star Zendaya was the one who got to break the news.

On Tuesday, Zendaya revealed on social media that “Euphoria” Season 2 will debut Jan. 9, 2022. Additionally, the actress — who became the youngest woman to win Best Actress in a Drama Series at the 2020 Emmys for her leading role as Rue on Season 1 of “Euphoria” — shared the first teaser for the upcoming season.

You can watch that teaser via the video above.

Much like every other production trying to film over the past year and a half, “Euphoria” faced significant delays in shooting its second season due to the COVID-19 pandemic and lockdown and quarantine mandates. 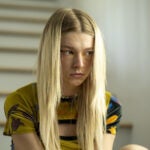 Also Read:
‘Euphoria': Jules’ Side of the Story Is Revealed in 2nd Special Episode – Which Ends With a Twist

But the Sam Levinson-created drama found a way to give fans some content to tide them over until it was safe to begin Season 2 by producing two “Euphoria” specials that aired in December of 2020 and January of this year.

Both of those “Euphoria” episodes — the first of which focused on Rue and the second of which centered on Jules (Hunter Schafer) — were meant to be “bridge” installments between Season 1 and Season 2. The specials, titled “Trouble Don’t Last Always” and “F*ck Anyone Who’s Not A Sea Blob,” respectively, were filmed with limited cast and crew under COVID-19 safety guidelines.

Filming on “Euphoria” Season 2 finally began back in April. Viewers have been waiting ever since to find out exactly when it would premiere, seeing as those specials only gave us a tiny taste of where Rue and Jules are right now — and no real info about the show’s other characters. 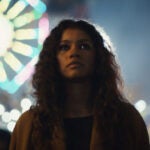 And it’s been a pretty long wait, as the first season of “Euphoria” aired from June-August of 2019.

The drama is produced in partnership with A24 and based on the Israeli series of the same name, which was created by Ron Leshem and Daphna Levin.