Matthew Morrison is defending himself against allegations that he acted inappropriately toward a contestant on Fox’s “So You Think You Can Dance,” saying that he has “nothing to hide” in an Instagram video on Thursday.

The former “Glee” star denied reports that he had sent “flirty” texts to an unidentified contestant. He began the video by saying, “It’s unfortunate that I have to sit here and defend myself and my family against blatantly untrue statements made anonymously, but I have nothing to hide. So, in the interest of transparency … I will read to you the one message I wrote to a dancer on the show.”

He then read the text aloud: “Hey! It’s Matthew. If you don’t mind, would love to get your number and talk you through some things …”

He explained that he wanted to talk to the dancer about a choreographer they both like, with the intention of getting the choreographer to work with them on the show. 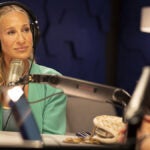 Also Read:
Sarah Jessica Parker Rebukes ‘Catfight’ Characterization of Relationship With Kim Catrall: ‘There Has Been One Person Talking’

In his initial statement about his dismissal, Morrison wrote, “I did not follow competition production protocols, preventing me from being able to judge the competition fairly.” Fox had no comment on the situation at the time.

People reported on Tuesday that the actor and singer had sent more than one text and that the contestant felt “uncomfortable” and told producers about the situation.

Morrison ended the video by saying: “It’s devastating that we live in this world where gossip rules and people’s lives are being thrown around as clickbait. This is much bigger than me and this story. Gossip is toxic and it is destroying our society and we need to do better.”

He added he hoped the story wouldn’t take away from the show itself and wished the judges and the contestants “all the best.” 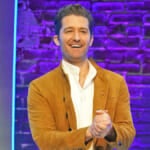 Also Read:
Matthew Morrison Out as ‘So You Think You Can Dance’ Judge After Production Breach

Morrison debuted as one of the show’s new panel of judges, along with JoJo Siwa and Stephen tWitch Boss, in May. A new judge is expected to be named soon.