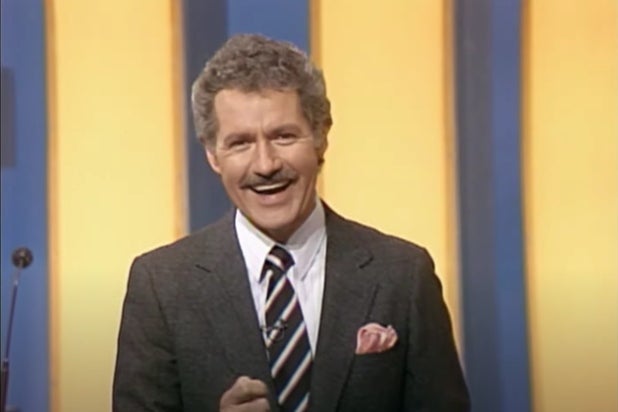 Alex Trebek’s final “Jeopardy!” episode, originally intended for Christmas Day 2020, aired on Friday, Jan.8, 2021. It was a pretty typical episode, though limited commercials allowed for a touching montage at the end.

Like every episode of the classic Sony TV quiz show, Trebek’s final turn had some standout moments. Below are seven of the ones we found most memorable.

Trebek died in November following a very public battle with pancreatic cancer. He was 80.

The contestants
Yoshie Hill, an executive assistant from California, Cliff Chang, a software engineering manager from Illinois, and Jim Gilligan, an assistant professor of English education from New York.

A nod to the holidays
Since this was supposed to air on Christmas Day, there was a special category about Christmas movies. Answers included “Elf,” “It’s a Wonderful Life,” “A Christmas Story” and others.

Double Jeopardy!
Here’s the clue: “This 1969 song that mentions “Joo Joo Eyeball” & Toe Jam Football” started out as a campaign song for Timothy Leary.” No one got the answer, which was “Come Together” by The Beatles.

The final category
The last category Trebek ever presented was “Women & Science.” The final question was this: Dr. Margaret Todd gave science this word for different forms of one basic substance; It’s from the Greek for ‘Equal’ & ‘Place.'”

The correct answer: “What Is Isotope?”

The heartbreaking final sign-off
He kept it simple, not knowing this would be his last-ever episode.

“Thank you ladies and gentlemen for spending the time with us. We’ll see you again next week.”

The tribute montage of some of his best moments
After the credits rolled, the show aired a touching montage of happy moments of Trebek over the years, with Peter Allen’s “Once Before I Go” as the soundtrack. Watch the montage here.