Michael Keaton has joined the cast of “Batgirl,” and will star as caped crusader Bruce Wayne/Batman in the upcoming film set at HBO Max, TheWrap has confirmed.

Keaton will first suit up as Batman in Ezra Miler’s “The Flash” which will be released on Nov. 4, 2022.

As TheWrap first exclusively reported, Keaton was in talks to return to the role of Batman after nearly 30 years, to appear alongside Ezra Miller in Warner Bros.’ “The Flash.” 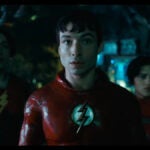 Keaton first played Batman in Tim Burton’s 1989 blockbuster of the same name, which was a critical and financial success that changed how superhero films were viewed and paved the way for the genre’s future box office domination. Keaton’s casting was initially controversial among fans, as he was primarily known for broad comedies. But his performance — particularly how he used his comedic background in his portrayal of Bruce Wayne to differentiate it from Batman — was widely praised and is now recognized as a seminal moment in comic book films.

Keaton last played Batman in 1992’s “Batman Returns” but quit the role during development of a third film after Burton was pushed out as director and replaced with Joel Schumacher, who took the series in a campier direction with 1995’s “Batman Forever” and its reviled 1997 follow-up, “Batman & Robin.” 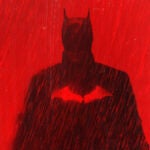 “In the Heights” breakout star Leslie Grace has won the coveted lead role in “Batgirl” and will star as crime fighter Barbara Gordon in the upcoming film set at HBO Max.