Michael Ward, the breakout star of the UK series “Top Boy” and one of the actors seen in Steve McQueen’s “Small Axe” film “Lovers Rock,” has joined the cast of Sam Mendes’ next film, “Empire of Light.”

“Empire of Light” is set up at Searchlight Pictures and stars Olivia Colman. The film is aiming for a release in fall 2022.

Ward will play the male lead in the film, which is described as a love story set in and around a beautiful old cinema on the South Coast of England in the 1980s. 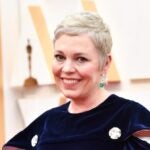 Mendes wrote the screenplay for “Empire of Light,” marking the first time he’s been credited on a script solo. He will also produce “Empire of Light” with Pippa Harris through his Neal Street Productions.

Mendes will reunite on the film with cinematographer Roger Deakins, who won his second Oscar for the continuous, unedited look of Mendes’ war film “1917.”

Ward won the BAFTA Rising Star Award in 2020 and was nominated for a supporting actor BAFTA for his work in “Lovers Rock,” the second film in Steve McQueen’s “Small Axe” anthology. On the film side, he’s starred in “Blue Story” and “The Old Guard.” He’s currently filming the next season of “Top Boy” for Netflix.