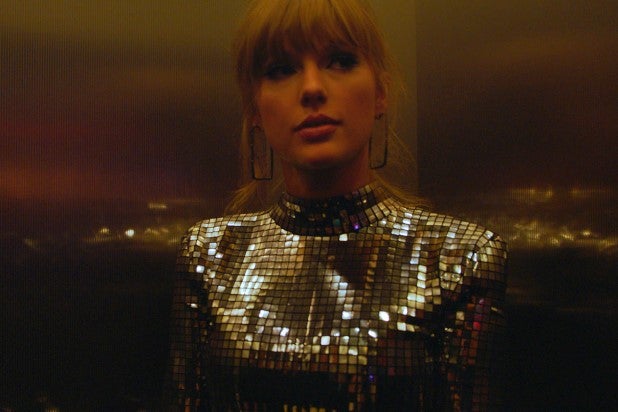 There was a time – and it wasn’t really that long ago – when viewers would have gone to a documentary about Taylor Swift to find out if “We Are Never Ever Getting Back Together” was really about Jake Gyllenhaal, or how a teenage girl managed to write all those hit songs.

But those are not the most interesting stories about Swift these days, and they are not the ones told in the Netflix doc “Miss Americana,” which had its world premiere at the Eccles Theatre on the opening night of the 2020 Sundance Film Festival. While Lana Wilson’s film covers lots of ground, it is essentially a movie about something that had been studiously avoided for the first several years of Swift’s wildly successful career: politics.

But not just the kind of citizen activism that Swift jumped into when she endorsed Democrat Phil Bredesen for the 2018 Tennessee congressional race, prompting a huge boost in young voter registration in the state but failing to prevent arch-conservative Republican candidate Marsha Blackburn from scoring a resounding victory.

The film is centered on Swift’s realization that when you’re in the position she is, “you had better figure out what you stand for and what you want to say,” as she puts it.

The heart of “Miss Americana” is Taylor Swift telling us what she stands for on gay rights and women’s rights, and what she’s learned about the fate of being a woman in the public eye. “I feel really good about not being muzzled anymore,” she says near the end of the film. “But it was my own doing.”

The film is not exactly a mea culpa from a woman who was governed by caution for much of her career, and she doesn’t reveal all her secrets. (Although here are two: She didn’t have a burrito until she was 27, and she drinks her wine with ice.) But it does have an intimacy that is rare for Swift, from the opening scene of her playing piano while one of her cats walks across the keyboard to several revealing glimpses of her writing songs in the studio.

While Wilson (“After Tiller”) has plenty of access to Swift, “Miss Americana” also goes way back with quick glimpses of a little girl receiving her first guitar for Christmas and a precocious teen parked outside Sony Music on the day they’re going to listen to her tape. To hear her tell it, those first years in her career were driven by one thing: the desire to be good, and to be applauded for it.

For the first half hour or so of the film, Swift talks about her desire for approval as drug habit she kicked – and after a while, she’s hit that note so often that the film starts to feel repetitive. But in fact, that opening stretch sets up the things that happened in her life and her career after that: when Kanye West interrupted her acceptance speech at the VMAs and later called her a “bitch” in a song; the eating disorder that she says came up when she began to scrutinize her paparazzi photos too closely, and which she hadn’t talked about before this film; the lawsuit she went through after a Denver disc jockey groped her.

“Miss Americana” makes it clear how much these incidents wounded her, and how a young woman desperate to be liked could be deeply hurt when she finds out it’s impossible to be everyone’s favorite.

(Her more recent troubles with manager Scooter Braun acquiring her music are not covered in the film.)

While the groping and subsequent lawsuit (which she won) comes across as the event that had the most profound impact on who she is today, her biggest step perhaps came not when she defended herself in court, but when she decided to speak out on politics and end the perception of some conservative dreams that she was a secret MAGA supporter.

In fact, she says, her silence was simply a strategy reinforced by watching the Dixie Chicks’ career destroyed after they criticized George W. Bush onstage. “I was so obsessed with not getting into trouble, I would not say anything that anyone would get upset about,” she says.

But that changed in the aftermath of the lawsuit, and when she saw Blackburn proclaiming herself a “Tennessee Christian” while voting against gay rights and laws that would protect abused women. Wilson’s cameras are present when she tells her team that she’s going to speak out, and when her father begs her not to because he’s worried for her safety if she does.

Later, her publicist tries to prepare her for the possible repercussions: “The president could come after you,” she says. “F— that, I don’t care,” Swift snaps, in a retort that brought a huge round of applause at Sundance.

Does the Taylor Swift we see in the final scenes of really not care what people think of her? Of course she still cares – she was definitely basking in the standing ovation she received when she came onstage for the post-screening Q&A.

But that’s not what she cares most about, “Miss Americana” says. Nearing her 30th birthday in the movie (and arriving there last month),  Swift is clearly an artist working to navigate the pressures of being a woman in entertainment and in society and trying to maintain, as she says, “a sharp pen and an open heart.”