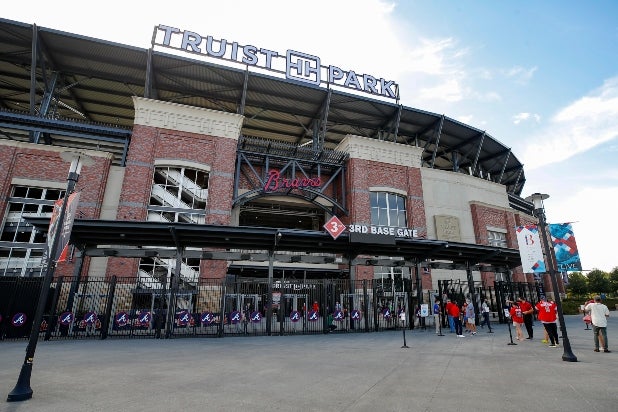 Major League Baseball is relocating its upcoming All-Star Game from Atlanta in response to Georgia’s recently passed voting laws, which have been harshly criticized for heavily restricting voting access.

“I have decided the best way to demonstrate our values as a sport is by relocating this year’s All-Star Game and MLB Draft,” commissioner Rob Manfred said in a statement. “Major League Baseball fundamentally supports voting rights for all Americans and opposes restrictions to the ballot box.”

No new city has been named.

Also Read: Why Hollywood Isn't So Quick to Boycott Georgia Despite That New Restrictive Voting Law

Georgia Gov. Brian Kemp responded to the news in a Twitter thread Friday afternoon, writing, “Today, @MLB caved to fear, political opportunism, and liberal lies. Georgians – and all Americans – should fully understand what the MLB’s knee-jerk decision means: cancel culture and woke political activists are coming for every aspect of your life, sports included. If the left doesn’t agree with you, facts and the truth do not matter.”

He continued, “This attack on our state is the direct result of repeated lies from Joe Biden and Stacey Abrams about a bill that expands access to the ballot box and ensures the integrity of our elections. I will not back down. Georgians will not be bullied. We will continue to stand up for secure, accessible, fair elections.”

Georgians – and all Americans – should fully understand what the MLB's knee-jerk decision means: cancel culture and woke political activists are coming for every aspect of your life, sports included. If the left doesn’t agree with you, facts and the truth do not matter.

“This was neither our decision, nor our recommendation and we are saddened that fans will not be able to see this event in our city,” the Braves said in a statement. “Unfortunately, businesses, employees and fans in Georgia are the victims of this decision.”

The Braves statement regarding the moving of the MLB All-Star Game: pic.twitter.com/0Iapm3eIre

Gov. Kemp signed a voting rights bill into law last month that dramatically restricts early voting access and mail-in voting, which became a partisan touchpoint from Republicans who tried to get Donald Trump’s loss to Joe Biden overturned. Additionally, the bill makes it a crime to give people waiting in line food and water.

The bill was passed through the GOP-controlled state legislature and comes after Biden became the first Democrat to win the state since 1992. That was followed up by a Democrat sweep in dual Senate runoff elections in early January, which gave control of the Senate to the Democrats.

Stacey Abrams, political leader and a voting rights activist, on March 25 denounced the new bill, calling it “Jim Crow in a suit + tie: cutting off access, adding restrictions, encouraging more ‘show me your papers’ actions to challenge a citizen’s right to vote. Facially neutral but racially targeted… But we will not be defeated by their worst actions & instincts. We will spread the word, we will sue & we will win. For democracy.”

Shortly after the bill’s passing, Hollywood filmmakers and actors started to weigh whether to continue shooting projects in the state or boycott the state that is home to dozens of entertainment productions. James Mangold, who shot parts of his 2019 film “Ford v. Ferrari” in Georgia, took to Twitter last Thursday to say that he would not direct a film in the state, though others including Tyler Perry have argued a boycott of the state would only harm the workers, many of which turned out in huge numbers to vote for Biden.

This latest reaction to new laws in Georgia follows a similar debate a few years back when several films pulled out of making movies in Georgia in reaction to the state’s “heartbeat bill” around abortions.

Baseball’s annual midsummer event was set to be played on Tuesday, July 13 from Truist Park in Atlanta, home of the Braves. MLB will also move its upcoming draft that would have taken place the same week out of Atlanta. MLB was planning a big celebration to honor Hank Aaron, who played the majority of his career with the Braves. Aaron died earlier this year. “We will continue with our plans to celebrate the memory of Hank Aaron during this season’s All-Star festivities,” Manfred continued.