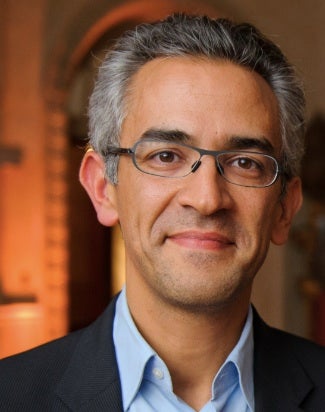 MSNBC launched its new digital network of original programming Monday. And executive editor of MSNBC.com Richard Wolffe spoke to TheWraps about how “The Shift” will help reinvent MSNBC’s brand.

On whether the digital network—which features a full day of original programing from lesser-known MSNBC talent—was a quasi-minor leagues for MSNBC, where the network can evaluate new talent and ideas, Wolffe answered no.

“We see this as a place where we can develop new ideas, incubate them, and see how they gain traction and how our audience reacts and develops.”

Also read: Inside MSNBC’s Evolution: How Phil Griffin Is Tinkering With Network

“Launching a TV show straight into primetime or straight onto the network itself is a considerable risk. We’ve shown as MSNBC a remarkable willingness to make big bets, and I think this is a way of making some bets without disrupting our lineup in a way that can cause all sorts of unintended effects. It is a development pipeline for our audience and for the editorial side as well.”

MSNBC has indeed made some big bets in the last two years on talent. The network created a show for 27-year-old Ronan Farrow at the beginning of this year before he had ever hosted a cable news program before. It also moved Chris Hayes from his successful weekend show to 8pmET primetime in 2013. Both moves have not paid off ratings wise.

The new digital lineup, which includes a full slate of original programming hosted by current MSNBC anchors like Krystal Ball as well as younger correspondents like Luke Russert, seems to be a way of testing out talent in a lower stakes format.

“Our look and feel is much more casual,” Wolffe added. “It’s much less scripted. We killed the teleprompter as quickly as possible. I think we’re still exploring. That’s one of the most exciting parts of this whole space.”

“We want to make this the introduction to a younger, digitally-minded audience to MSNBC.”

“The Shift” airs Monday-Friday on MSNBC.com from 9am-4amET, with the content airing during that time period then repeating on a loop after.