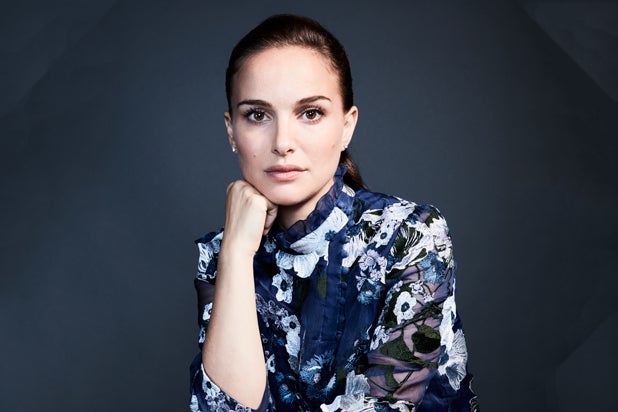 This story about Natalie Portman first appeared in the Actors/Directors/Screenwriters issue of TheWrap’s Oscar magazine.

Pablo Larraín’s “Jackie” is an art movie, a hall-of-mirrors fantasia that follows former First Lady Jacqueline Kennedy in the days following the assassination of her husband, President John F. Kennedy. A drama that deals with unfathomable grief but also with the force of will to construct and maintain the public myth of the Kennedy administration as a modern Camelot, it’s no more a conventional biopic than Larraín’s other 2016 film, the dreamy “Neruda.”

But “Jackie” also does something that many other straight biopics have done: It puts its lead actress squarely in the awards picture. Or, rather, Natalie Portman puts herself there with her raw, occasionally unhinged but always pitch-perfect portrayal of Jackie.

Six years after winning the Oscar for her performance in “Black Swan,” she simultaneously invades Mrs. Kennedy’s privacy and honors her legacy, the kind of trick that only a gifted and unconventional director/actor team could pull off (with a big assist from writer Noah Oppenheim).

How daunting was it to portray a person this iconic?
It was very daunting. I had never done a role before that was someone who people knew how she looked and talked and moved so specifically. It put the pressure on to be quite specific. But luckily Pablo’s approach was so all-encompassing and psychological that I felt that I was able and free to put imagination into it also.

Was it important to have the look and the mannerisms and the voice exactly right, or did you feel as if you had some freedom there?
Well, both. I definitely knew I needed to study the real person, and I had great resources. I’ve never had that before, where I can watch hours of video of the person I’m portraying and learn the voice and the mannerisms and the expressions and the walk and all of that.

But almost all of those instances were public, when she knew she was being filmed. I also had freedom, because so much of what we did was in her private moments, which no one knows anything about. And in fact, there are great sections deleted from her interviews with journalists that she edited out — there are chunks missing. So there are clearly things that she carefully did not show, so that gave us a great deal of imagination for what could fill in the blanks.

For someone who was so much in the public eye, she was a fiercely private woman, and you could say she was one of the first victims of the paparazzi culture. Does it enter your mind when you’re making the movie that this is probably a woman who would not have wanted her private moments depicted on screen?

Yes, it did. And it did give me pause, because I know the family went through so much, and you don’t ever want to add to anyone’s suffering. I’m sure it’s not pleasant to relive this for anyone who went through it, but at the same time, I think our approach is quite empathetic. I have great respect for the woman she was and what she did and her accomplishments, and I hope and believe it comes through. 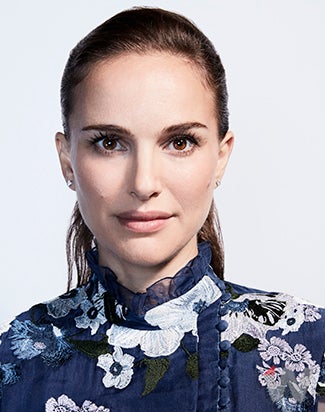 So there are moments when you’re trying to directly match her?
In the White House tour scenes, the pauses are where the pauses were, the movements and facial expressions are all quite imitative. Obviously hopefully felt as well, but it was very learned. And the other parts are obviously much more freestyle. Pablo even had us improvising quite a bit.

You’d been talking about this film with its producer, Darren Aronofsky, for years. Why did you and he turn to a Chilean director, Pablo Larraín?
We could never figure out who would direct it and not make it a biopic, which I feel is film lovers’ least favorite genre. You always feel like, “This is going to be either too worshipful of the person, or have some sort of moral, or just be conventional.” And Pablo is a wild and perfect person for it.

That’s Darren’s imagination, to take the filmmaker who had made mostly Chilean films into this very American story. And Pablo came at it from such a different perspective and didn’t have that reverence that an American might have toward the Kennedys.

I assume you’re a film lover. Are biopics your least favorite genre?
They’re up there. The thing is, though, they can be so moving when they’re done unexpectedly. Because real people are always more unusual and more interesting than fictional characters. There’s stuff you can just never make up. But it’s a genre that falls into convention and patterns that make it harder to feel something.

Are you confident that in the private moments depicted in the film, you caught something of what Jackie was really like?
I have no idea what she was really like. I think that we can only say that this is a fictional presentation based on some conjecture — of course, conjecture that comes from a lot of research. But none of us know her. And I think that’s some of the beauty of the film, that it leaves her a mystery.