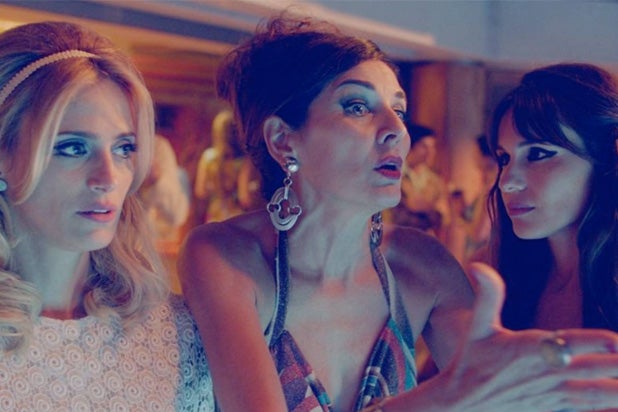 The director of Argentinian film accused of featuring child pornography has denied that the scene featuring two preteen actresses is exploitative.

Diego Kaplan’s 2017 film “Desire,” which is available to stream in the U.S. on Netflix, became the subject of much debate earlier this week when Megan Fox, a columnist for the conservative news site PJ Media, accused the film of featuring child pornography in a scene involving two preteen girls.

“Of course this scene was filmed using a trick,” Kaplan said in a statement to IndieWire, adding that he anticipated questions about it and prepared a “Making of” footage of how it was shot.

“‘Desire’ is a film,” Kaplan told Indiewire. “When we see a shark eating a woman on film, no one thinks the woman really died or that the shark was real. We work in a world of fiction; and, for me, before being a director comes being a father.”

The director explained that the scene was filmed using a “trick” in which the girls were asked to mimic a John Wayne movie. The young actresses had no understanding of the scene’s context or implications, he said.

“No adult interacted with the girls, other than the child acting coach,” Kaplan said. “Everything was done under the careful surveillance of the girls’ mothers. Because I knew this scene might cause some controversy at some point, there is ‘Making Of’ footage of the filming of the entire scene.”

“Everything works inside the spectators’ heads, and how you think this scene was filmed will depend on your level of depravity,” Kaplan said.

Fox objected to the film being featured on Netflix and wrote that she had reported the film to the FBI, the Department of Justice and the National Center for Missing and Exploited Children.

Spokespersons for the FBI and Department of Justice said they would not comment on whether or not there would be an investigation into the film. Kaplan and Fox also did not respond to TheWrap’s request for comment.