Netflix is backing up its promise of more transparency into metrics with the launch of a new website that will feature weekly lists ranking shows and movies by their total hours viewed.

The site, Top10Netflix.com, went live on Tuesday. It will update each Tuesday and show hours viewed for the prior week (Monday-Sunday).

The streaming giant, which had for the past two years counted a “view” as anytime one of its subscribers watched at least two minutes of a show or movie, is now formally shifting to total hours viewed as its standard metric. That will put it on a more even footing with Nielsen’s weekly reports, which measured viewing by minutes. 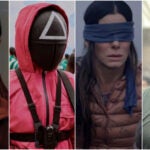 Fighting off criticism that it only self-reports viewership, Netflix added that it’s contracted Ernst & Young to perform an audit of its new metrics and will release its own report sometime next year.

“Figuring out how best to measure success in streaming is hard, and there’s no one perfect metric. Traditional measures like box office or share of audience (which was designed to help advertisers understand success on linear TV) aren’t relevant to most streamers, including Netflix. Having looked at the different options, we believe engagement as measured by hours viewed is a strong indicator of a title’s popularity, as well as overall member satisfaction, which is important for retention in subscription services,” Pablo Perez De Rosso, Netflix’s vice president of content strategy, planning and analysis, wrote in a blog post. “In addition, hours viewed mirrors the way third parties measure popularity, encompasses rewatch (a strong sign of member joy) and can be consistently measured across different companies.”

Netflix will publish four weekly global lists, two each for TV and film, broken down by English and non-English, as well as an All Time list (which you can check out here), which will measure through a title’s first 28 days on the service. Additionally, the site will feature a Top 10 list for film and TV for 94 countries (these are the same ones that get daily Top 10 lists on the main Netflix platform). These will just be rankings of the content and not feature hours viewed.

De Rosso admitted that their new way of measuring viewing may unfairly favor longer films and TV series that have a higher episode count.

“Because it’s hard to capture the nuances of different types of entertainment with one metric, we will also occasionally publish speciality lists — for example, top documentary features or reality shows, which our members love but may appear less prominently in these lists,” De Rosso continued. “Some people will ask why we don’t also report the number of members that finish a show or film. We believe that whether you miss the end of one episode in a 10 hour series (a crying baby or Netflix and chill), or you don’t wait for the easter egg in the credits sequence, or you rewatch one scene multiple times rather than the whole film, all that viewing should be reflected in the popularity of the title.”