Netflix co-CEO and chief content officer Ted Sarandos addressed the controversy surrounding Dave Chappelle’s jokes about the trans community in his stand-up comedy special “The Closer” in a memo to employees. In an email obtained and published by Variety, Sarandos said Netflix will not take down the special.

“We don’t allow titles (on) Netflix that are designed to incite hate or violence, and we don’t believe The Closer crosses that line,” he wrote.

Also in the memo, Sarandos said that “artistic freedom” is different for stand-up comedy than it is for other forms of expression.

GLAAD released a statement on the comments.

“Netflix has a policy that content ‘designed to incite hate or violence’ is not allowed on the platform, but we all know that anti-LGBTQ content does exactly that,” the GLAAD statement said. “While Netflix is home to groundbreaking LGBTQ stories, now is the time for Netflix execs to listen to LGBTQ employees, industry leaders, and audiences and commit to living up to their own standards.”

The 48-year-old comedian, who has sparked outrage from the trans community for past stand-up routines, faced renewed criticism for segments in his new half-hour set in “The Closer.” “Gender is a fact,” he stated at one point. “Every human being in this room, every human being on Earth, had to pass through the legs of a woman to be on Earth.” Chappelle then riffed about the genitalia of trans women, which he described as “not what it is.”

Read the memo in its entirety below. A Netflix spokesperson declined comment on this story to TheWrap.

I wanted to follow-up on the “The Closer” — Dave Chappelle’s latest special — as several of you have reached out following QBR asking what to say to your teams. It never feels good when people are hurting, especially our colleagues, so I wanted to give you some additional context. You should also be aware that some talent may join third parties in asking us to remove the show in the coming days, which we are not going to do. 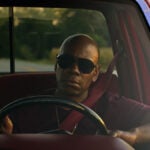 Also Read:
‘Will You Shut the F– Up, Morgan Freeman?’ Watch Teaser for Dave Chappelle’s ‘The Closer’ Netflix Special (Video)

Chapelle is one of the most popular stand-up comedians today, and we have a long standing deal with him. His last special “Sticks & Stones,” also controversial, is our most watched., stickiest and most award winning stand-up special to date. As with our other talent, we work hard to support their creative freedom – even though this means there will always be content on Netflix some people believe is harmful, like “Cuties,” “365 Days,” “13 Reasons Why” or “My Unorthodox Life.”

Several of you have also asked where we draw the line on hate. We don’t allow titles (on) Netflix that are designed to incite hate or violence, and we don’t believe The Closer crosses that line. I recognize, however, that distinguishing between commentary and harm is hard, especially with stand-up comedy which exists to push boundaries. Some people find the art of stand-up to be mean-spirited but our members enjoy it, and it’s an important part of our content offering.

In terms of our commitment to inclusion, we’re working hard to ensure more people see their lives reflected on screen and that under-represented communities are not defined by the singe story. So we’re proud of titles like “Sex Education,” “Young Royals,” “Control Z” and “Disclosure.” Externally, particularly in stand-up comedy, artistic freedom is obviously a very different standard of speech than we allow internally as the goals are different: entertaining people versus maintaining a respectful, productive workplace.

Today’s conversation on Entertain the World was timely. These are hard and uncomfortable issues. We all bring different values and perspectives so thank you for being part of the conversation as it’s important we’re clear about our operating principals.