Who better than Morgan Freeman to narrate the trailer for your sixth Netflix stand-up comedy special? Well, maybe someone who will “shut the f— up,” if you’re Dave Chappelle.

On Monday, Netflix released a teaser for what the comedian and streaming service are referring to as the final chapter in this particular body of work. The sneak peek features Freeman’s masterful voiceover layered on top of scenes where Chappelle is driving an old pickup truck down country roads. The promo soon features Freeman’s face and body, too, after Dave declares, “Will you shut the f— up, Morgan Freeman?”

You see, Freeman was doing his deep (both in terms of thoughts and actual voice tone) yammering from the passenger seat the whole time! 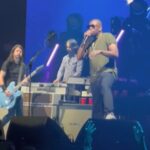 Like the previous five Chappelle specials (“The Age Of Spin,” “Deep In The Heart Of Texas,” “Equanimity,” “The Bird Revelation” and “Sticks & Stones”) for Netflix, “The Closer” is directed by Stan Lathan.

“The Closer” premieres globally on Netflix on Oct. 5, which is tomorrow. 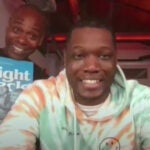 The Chappelle-Netflix deal was not only lucrative for the legendary stand-up comic, but it also brought in plenty of gold to the streaming service. Three of those previous five specials (“Sticks & Stones,” Equanimity” and “The Bird Revelation”) won Emmy Awards. Chappelle, who in 2019 received the Mark Twain Prize for American Humor, also has two Emmys for hosting “Saturday Night Live.”

Those “SNL” episodes were big ratings hits for NBC. Of course, the November 2020 episode just so happened to land on the same day that our presidential election was finally called in Joe Biden’s favor. (Scheduling Chappelle for Election Week was no coincidence, of course.)

Owen Wilson hosted the “Saturday Night Live” Season 47 premiere episode this past weekend with musical guest Kacey Musgraves. That one was not exactly a hit — find the earliest-available Nielsen numbers here. 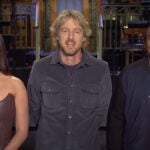