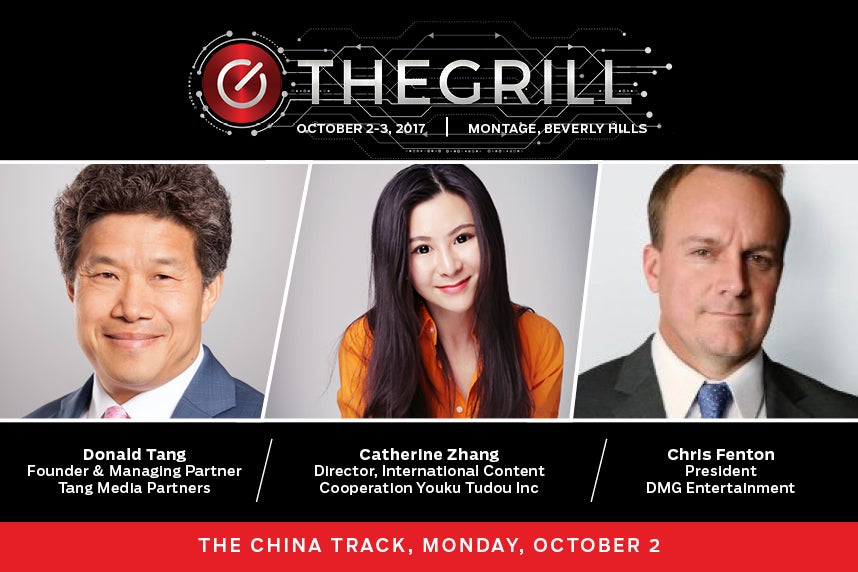 They will be joined by Stanley Rosen, China expert and professor of political science at the University of Southern California; Chris Fenton, president of DMG Entertainment Motion Picture Group & General Manager, DMG North America and Dan Clivner, co-managing partner, Sidley Austin LLP for three panel discussions addressing some of the biggest issues facing the entertainment industry as it relates to China.

After years of double-digit growth, the Chinese box office flat-lined in 2016. It lagged in 2017 until a domestic blockbuster was birthed with the $800 million gross of “Wolf Warriors 2.” Is that a sign of things to come? Chinese companies are as keen as ever to partner with Hollywood’s iconic entertainment giants.

But after a string of overvalued Hollywood acquisitions the government has cracked down on investment abroad, especially as regards entertainment. How can Hollywood companies continue to partner with China? China has leapfrogged the United States on technology when it comes to streamed entertainment. Online video is a massive category, what can the U.S. learn from Chinese innovation?

During three panels in The China Track, the two-day TheGrill conference will delve into the rapidly changing rules and norms of partnering with the fastest-growing market for entertainment. Key topics to be covered include: Box Office: Which Way is Up?; Making Deals with China — How to Get It Done; and Digital Fast Forward: What’s Next in Online Entertainment?

Hot Topics To Be Covered At TheGrill

Buy your tickets before prices go up on August 31!

Now in its eighth year, TheGrill leads the conversation on convergence between entertainment, media and technology, bringing together newsmakers to debate the challenges and opportunities facing content in the digital age.

Diverse programming anchored by versatile talent and supported by big brands has always been the hallmark of Hollywood. As technology brings new models to the fore — in production, distribution, display and monetization — TheGrill is a platform for the leaders, the deciders and the disruptpors to explore this reconfigured landscape as it continues to transforms around us.