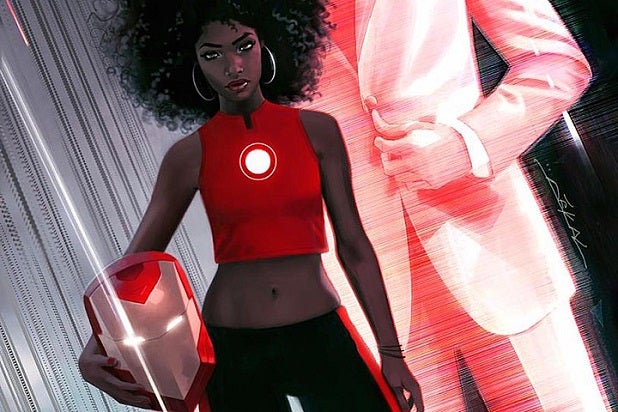 Marvel has revealed that Tony Stark will hand over the supersuit to a 15-year-old African American woman named Riri Williams after the events of the comic book series “Civil War II.”

Williams was recently introduced in the series “Invincible Iron Man.” She is a science whiz who is already enrolled at MIT. She came to Stark’s attention after she designed her own Iron Man-style suit in her dorm.

“One of the things that stuck with me when I was working in Chicago a couple of years ago on a TV show that didn’t end up airing was the amount of chaos and violence,” series writer Brian Michael Bendis told Time, which first reported the news. “And this story of this brilliant, young woman whose life was marred by tragedy that could have easily ended her life–just random street violence–and went off to college was very inspiring to me.

“I thought that was the most modern version of a superhero or superheroine story I had ever heard,” he continued. “And I sat with it for awhile until I had the right character and the right place.”

Robert Downey Jr. currently plays Tony Stark/Iron Man in the Marvel Cinematic Universe. There has long been speculation about what would happen to the character should Downey decide to leave the franchise, however. With Williams coming onto the scene, it could mean a whole new film series down the road.