New Line’s efforts to get “The Hobbit” on the big screen have been hobbled again.

Studio officials confirm that the film, which had been slated to premiere in December 2011, won’t hit theaters until the end of 2012 at the earliest. 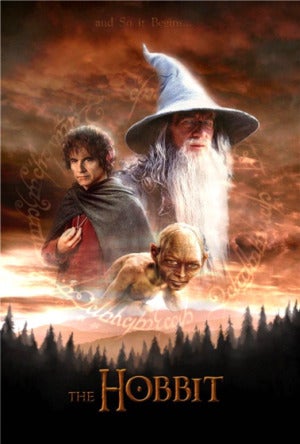 The two-part prequel to New Line’s mega-successful “Lord of the Rings” franchise has Peter Jackson signed on to produce and Guillermo del Toro enlisted to direct.

Production had previously been delayed by haggling between author J.R.R. Tolkien’s estate and New Line over “Lord of the Rings” profits.

This latest delay, however, has to do with financing for “The Hobbit,” which unlike “LOTR,” will not be paid for via foreign pre-sales. Rather, for “The Hobbit,” New Line shares financing rights with MGM/UA, which purchased its rights back in 1969 and could sell them soon as part of a larger restructuring.

In short, “The Hobbit’s” production financing situation probably won’t become clear until MGM’s situation is sorted out later this year.