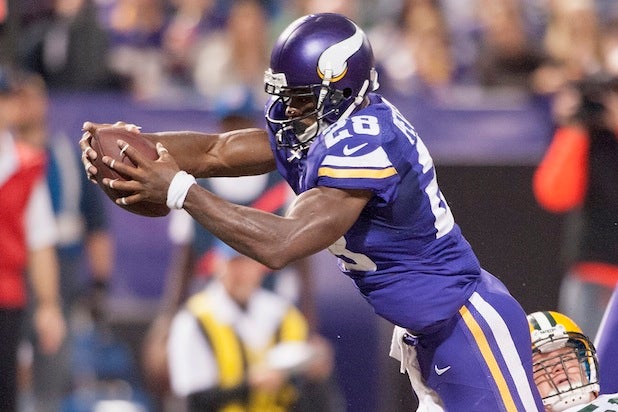 The NFL is closing in on the tech company that will stream its Thursday night football games.

Gadget giant Apple, which has run into difficulty over licenses to build a streaming-television service that pairs with its streaming-video box Apple TV, has walked away, while Facebook, Verizon, Yahoo and Verizon are interested, according to a report by Recode.

Last month, the pro football league decided to split the broadcast rights to its “Thursday Night Football” package between NBC and CBS, after CBS held the rights for the past two seasons. Though the NFL will also broadcasted the games on the NFL Network, it has been weighing bids from tech companies for the digital rights to the same games.

The games are a high-profile property that could be a stepping stone for tech companies grappling with each other for video viewers.

Also Read: Facebook to Lift Live Video to Top of Your Feed - And May Pay Celebs to Make It

Facebook has been aggressively ratcheting up the presence of video content in its News Feed. Through changes to its algorithm that curates your feed, tweaks that autoplay videos as you scroll past them, and new products like the ability to broadcast video live from your phone, Facebook video views have soared to eight billion a day in November, doubling in about seven months.

Yahoo already has a relationship with the NFL, after it carried the first live stream of an NFL game in October.

Verizon, too, has a ongoing partnership with the NFL as its exclusive mobile partner, meaning only Verizon customers are able to stream NFL games on the go from a handheld device. Verizon has been investing heavily in digital video in the last year, buying AOL for $4.4 billion and launching video app Go90.

The Recode report also said that Amazon was interested in the rights, too. The company’s Netflix competitor, Prime Video, has been chasing its bigger rivals strategy of targeting high-profile series and making its own buzzy originals. But unlike Netflix, Amazon is said to have wider interest in streaming sports. In 2014, Amazon bought video-game streaming site Twitch for $970 million, giving it a track record of handling high-volume live broadcasting for sport events.