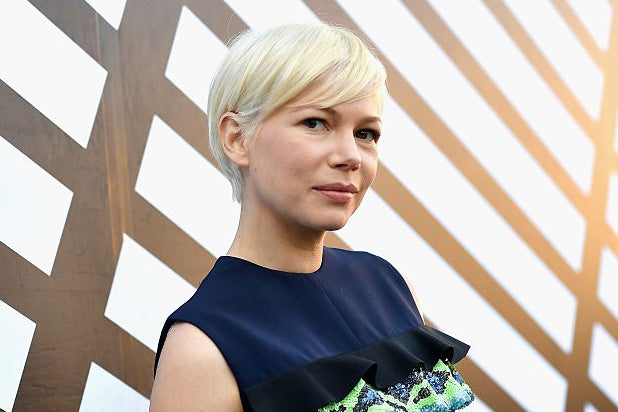 Michelle Williams picked up a Best Supporting Actress Oscar nomination early Tuesday for her role as Casey Affleck’s ex-wife Randi in Kenneth Lonergan’s haunting “Manchester by the Sea.” It’s a masterful performance — and one Williams hasn’t seen yet.

“I’ve seen some scenes from the movie,” Williams told TheWrap shortly after she learned about her nomination. “I haven’t actually watched the movie. My friend and I were going to see it at a theater in Brooklyn today, but I got called into work.”

The actress — who is currently shooting Michael Gracey’s “The Greatest Showman,” a musical starring Hugh Jackman as P.T. Barnum — told TheWrap in November that she had refrained from seeing the film up to that point because she didn’t want to cry in front of a crowd or in an empty screening room.

But with her plans to see it at a New York cinema, she’s apparently gotten over those fears — but hasn’t found the time to catch the full film yet.

The accolades are rolling in now for the film, which earned six Oscar nominations — including Best Original Screenplay, Best Director (Lonergan), Best Actor for Casey Affleck and Best Supporting Actor (Lucas Hedges)  — but Williams said she had no idea this would be the result when she started work on the film.

“Good Lord, no,” she said. “Not a clue, not an idea. I love these kinds of sets — they’re the ones I’m the most comfortable with. It was just another barely held-together independent film production. We were cold and hungry and tired. But we believed in Kenny.”

Williams also praised Lonergan’s script for making it easy to get into character.

She said she spent a lot of time researching people who had been through similar situations to her character and learning about the New England area where the film was set, but the screenplay pulled it all together.

“With a script like this you can really lean into it,” she said “You can feed off of it.”