Bunim-Murray, the production company behind “Keeping up with the Kardashians,” “Project Runway,” and original reality format “The Real World” unveiled a powerful documentary about juvenile justice and California’s practice of issuing life sentences for crimes committed by minors at the L.A. Film Festival this week.

Directed by Ben Lear, “They Call us Monsters” screened as a world premiere at the Bing Theater at LACMA for a packed crowd including Brian Grazer, proud father Norman Lear and parents and family of three dubiously likable subjects, necessarily in absentia on account of potentially life-long obligations to the California Department of Corrections.

The documentary features three charming and telegenic teen boys — aside from, you know, the murder and gang shootings — filmed inside L.A.’s maximum security prison for juveniles passing the time awaiting trials and sentencing by collaborating with non-convict filmmaker, Gabriel Cowan, to write a screenplay.

Also Read: 6 'Making a Murderer' Updates in May 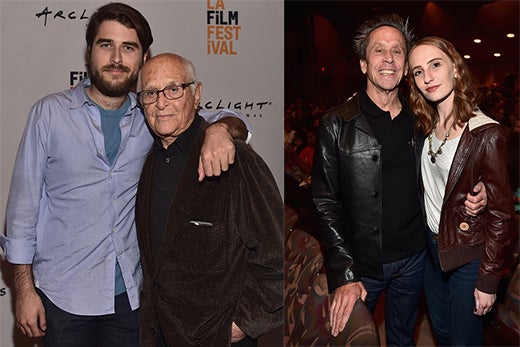 With all three principals incarcerated, parents and family members were left as surrogates to accept the audience applause.

One father, Freddy Nava, took cellphone video from the back row to show his son, Jarad.

His son, the standout character who embodies early Eminem‘s mix of wit, charm and sociopath, is sentenced on-screen to (spoiler alert) 162 years in prison for shooting into a car and paralyzing a young woman when he was a 16-year-old gang member.

“Juan and Jarad both saw the film. They are in prison together,” the director told TheWrap as he made his way to the after party. “They loved it. That was the most rewarding, gratifying experience of this entire process.” 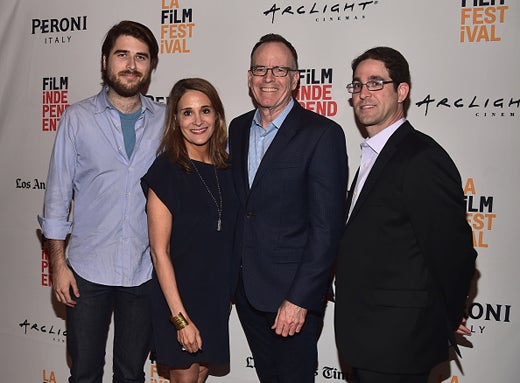 Marquee film critic Kenneth Turan and Elvis Mitchell (who hosted the Q&A and runs Film Independent’s programming at LACMA) added to the film industry heft for a title currently without distribution. Cinetic is handling sales.

BMP’s signature strength in casting and crafting stories of young people with multi-layered personalities at an inflection point in their life carries through here. Deflecting credit for the development, BMP principal Jon Murray attests that he and producer Sasha Alpert came to the project after the cast was in place.

Also Read: 'Making a Murderer': This Man Quit His Job to Solve Killings

An editor for the BMP, the company best known for glossy reality TV, cut the sales tape.

In the process, he referred the director to meet producer and 20-year BMP veteran Sasha Alpert (“Autism: The Musical,” “Valentine Road”), whose condition for coming aboard was that the story go beyond the surprisingly endearing young convicts and include the victims, requiring Lear to get their side of the story too — wheelchairs and all.

It’s a sobering counterpoint to the unexpected comedy in the film, such as when one young offender explains why he averts his gaze when running into their juvenile female counterparts in the prison infirmary.

Disclaimer: The writer of this story worked for Bunim-Murray Productions over 15 years ago.