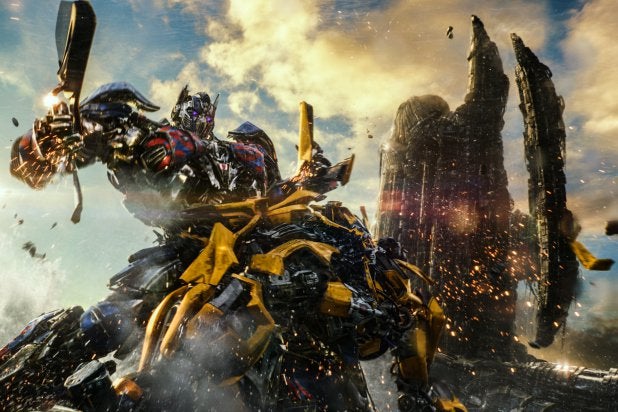 Paramount Pictures has dated a new, untitled live-action “Transformers” film to be released in theaters on June 24, 2022, TheWrap has confirmed.

As Paramount and Hasbro press forward to revamp the franchise, two new “Transformers” projects are being developed simultaneously, with Joby Harold (“Army of the Dead”) and James Vanderbilt (“Zodiac”) each penning a script. Plot details are being kept under wraps and no directors are currently attached to either.

Meanwhile, Josh Cooley, winner of the Oscar for Best Animated Film for “Toy Story 4,” will direct an untitled animated “Transformers” prequel with a script written by “Ant-Man and the Wasp” scribes Andrew Barrer and Gabriel Ferrari. Hasbro’s entertainment studio, eOne, will develop and produce the film along with Paramount Animation.

For years, “Transformers” was the ultimate critic-proof franchise. Reviews for films like “Revenge of the Fallen” and “Dark of the Moon” were overwhelmingly negative, but fans and families showed up in droves every summer that one of these films came out, to the tune of over $1 billion each.

“Transformers” peaked in 2011 with its third installment, “Dark of the Moon,” with $1.12 billion, a year in which Paramount led all studios with $1.95 billion grossed domestically with 19.2 percent market share.