The horror market at this year’s American Film Market has been afflicted by something "Paranormal."

Since Oren Peli famously turned his $15,000 haunted-house story into a $100 million monster hit, sellers at the beachfront bazaar have been falling over each other trying to proclaim that they have the next low-budget phenomenon. In their rush to ride Peli’s coattails, however, they may have inadvertently clogged the production pipeline. 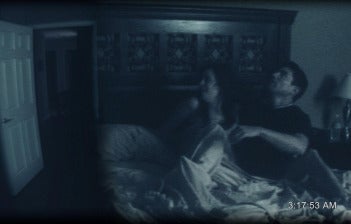 "’Paranormal’ is the worst thing that ever happened to the industry," said Matt Manjourides, director of video and distribution for Troma Entertainment, which specializes in cult horror films. "Next year there will be nothing but first-person, $5,000 budget horror movies. There will be even less production value."

The lobby of the Loews Hotel in Santa Monica, currently hosting the market, seems to confirm Manjourides’ fears: The walls are festooned with posters sporting images of gore and bloodletting. The chilling art promises buyers the chance to nab the next "Blair Witch," "Saw" and, of course, "Paranormal."

Horror, a linchpin of the independent film world, continues to dominate this year’s event. But sales agents say the market has become oversaturated with splatter titles, depressing prices and leaving distributors cold.

Traditionally, horror films have drawn great interest at the beachfront film market because they are cheap to produce and easily translatable to foreign audiences.

What’s funny in Boise isn’t guaranteed to raise a chuckle when adapted into Mandarin and exported to Beijing, but a man in a hockey mask waving a chainsaw is chilling no matter the language. Plus it helps that horror isn’t usually dialogue-heavy.

This year, in an effort to make the connection with Peli’s success story explicit, many studios have taken to stapling copies of an "Entertainment Weekly" article on the making of "Paranormal" to their promotional materials. But it doesn’t seem to be working.

Manjourides, for one, notes that Troma, which came to the market with a library of some 800 titles, has found deals hard to come by, despite the profitability of films such as "Paranormal" and the "Saw" franchise.

"Everything’s slow at this year’s market," Manjourides said. "There’s an influx of horror movies, so it’s a buyer’s market. They can make the final offers, they’re getting whatever they want, and they can get the cheapest price for it."

That’s not a problem for the "Paranormal" auteur. Peli’s follow-up movie, "Area 51," reportedly has sparked a bidding war in Santa Monica. It seems producers believe that if they want the next "Paranormal," they might as well go to the source.