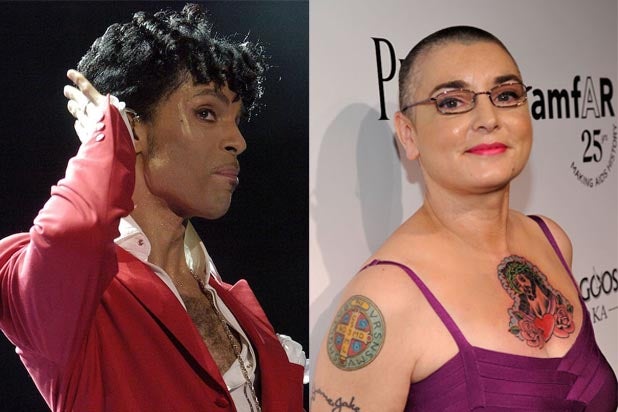 #FunFactFriday: Sinead O’Connor once said Prince, the songwriter of her hit “Nothing Compares 2 U,” once punched her.

O’Connor has been notably silent on Prince’s passing, and her 2014 story may explain why. The Irish singer, whose personal life has been making headlines more than her music as of late, shared her story about the “punch up” with Norwegian TV station NRK. Here it is again, in case you missed it.

“We didn’t get along at all. In fact, we had a punch up,” O’Connor recounted. “He summoned me to his house, and he’s very foolish to do this with an Irish woman… he told me he didn’t like me saying bad words in my interviews, so I told him to fuck off.”

Prince didn’t take kindly to being told to “fuck off” in his own home, O’Connor said.

“He got quite violent. I actually had to escape out of his house at like 5 o’clock in the morning,” she said. “He really packed a punch. Bigger than mine.”

O’Connor did not put a time stamp on the altercation, but wrapped up her enthralling story by explaining she ran down a hill from Prince’s home in Hollywood.

“We’re running around his car, he found me on the road, we’re chasing, I’m spitting at him, he’s trying to box me, and that’s how we got on,” she continued. “I had to ring someone’s door bell — which is a trick my father taught me years ago — to escape.”

“I could run faster than him, though, because my father was a sprinter, and Prince had on the boots,” she concluded.