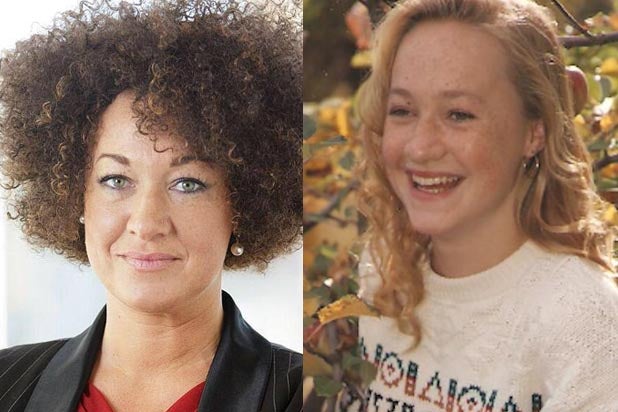 Rachel Dolezal, the white NAACP activist under fire for pretending to be black, is getting blasted by her own parents.

Ruthanne and Larry Dolezal appeared on “Good Morning America” on Monday morning to discuss their daughter’s “puzzling” decision to lie about her race — a story that has gripped the nation since Rachel’s ethnicity was exposed last week.

“Of all of Rachel’s faults and malicious fabrications, this is definitely the worst,” mother Ruthanne said. “Rachel is trying desperately to destroy her biological family.”

Her father, Larry, added that they were pained by Rachel deciding to identify a black man as her father on Facebook.

“It hurts, because I know it’s not true,” Larry said.

Her stepbrothers described how her looks gradually changed, starting with a darker tan and dying her blond hair black. She attended historically black Howard University, and has lectured on race.

Meanwhile, Rachel won a momentary reprieve as the NAACP’s Spokane, Washington chapter — the one Rachel she has led for years — postponed a meeting scheduled for Monday where she was set to address accusations of lying about her race.

It’s hard to imagine what she’ll say considering she’s been tongue-tied ever since the shocking story exploded. “I don’t understand the question,” Rachel previously told ABC News when asked if she was black.

The activist’s flummoxed NAACP chapter said Monday’s meeting was postponed and will be rescheduled “due to the need to continue discussion with regional and national NAACP leaders.”