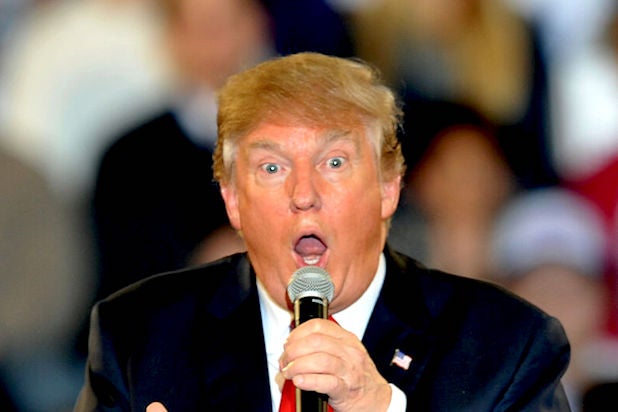 Donald Trump casually tossed the N-word into a crude conversation with golf pals, a radio host has claimed.

Shane Powers, a DJ for digital broadcasting platform Dash Radio, on Sunday related the GOP nominee’s troubles since a tape leaked last week that featured Trump engaging in lewd sex talk in 2005 with former “Access Hollywood” host Billy Bush. Powers then related a story of his own, which he said he heard Friday. Powers did not identify who told him the story.

“Donald Trump was on the golf course with three other guys,” Powers told listeners of “The Shane Show.” “He looked over at the guys, and he said, ‘Yo.’ And I’m paraphrasing – ‘You ever f–k a’ [n-word]?’ The three guys’ mouths fell agape.”

Also Read: Mark Burnett 'Does Not Have the Ability' to Release Donald Trump Footage, Producer Says

“We could be sued 13 different ways from Sunday for what I just said,” he added.

A link to the relevant portion of Powers’ program was sent to Hope Hicks, a spokeswoman for the Trump campaign. She asked where the clip came from but did not otherwise respond to a request for comment.

The Trump campaign was sent reeling after the “Access Hollywood” tape leaked on Friday. Since that time, former staffers who worked on NBC’s “The Apprentice” with Trump promised much worse material existed from that show. But on Monday, MGM, which owns the series, said it would not be releasing any Trump outtakes.