The Recording Academy has rounded out its leadership team that will serve under CEO and president Harvey Mason Jr., naming Valeisha Butterfield Jones and Panos A. Panay as the Grammy organization’s co-presidents.

The appointments will be effective Aug. 16, 2021. Butterfield Jones and Panay join the recently elevated COO Branden Chapman and CIO Ruby Marchand on the more diverse Recording Academy leadership team. All four will report to Mason, whose title will now shift to just CEO. 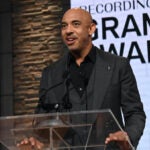 Panay will serve as co-president and chief revenue officer and will be tasked with driving business growth across the entire organization. Panay is an entrepreneur who brings cross-functional expertise to the role that will help evolve the Academy’s vision.

“The successful evolution of the Recording Academy is dependent on strong and innovative leaders, and I’m thrilled to elevate Valeisha and welcome Panos as co-presidents to help drive the Recording Academy’s continued transformation,” Mason Jr. said. “Both Valeisha and Panos are incredible leaders who have a proven record of progress, and together with the rest of the team, will continue to push the envelope at the Recording Academy and shape the organization to better serve, protect and celebrate the music community.”

Butterfield Jones previously served as the global head of inclusion for Google, leading teams across the U.S., EMEA, APAC and Latin America with a focus on access to quality education, growth for minority-owned businesses, global partnerships and pathways into S.T.E.A.M. for historically marginalized groups. Key programs under her leadership included TechExchange, Code Next, the State of Black Women at Google, Decoding Race and the Digital Coaches program. 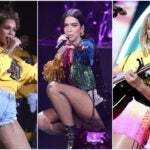 Prior to joining the Recording Academy, Panay served as the senior vice president for global strategy and innovation at Berklee College of Music and is a fellow at MIT Connection Science. At Berklee, Panay founded the Institute for Creative Entrepreneurship and oversaw the university’s campuses in New York City, Valencia (Spain) and Abu Dhabi, as well as the Music + Health and India Exchange Institutes. He also led Berklee’s expansion to China and the K-12 sector.

Prior to Berklee, Panay was founder and CEO of Sonicbids, a platform for emerging artists to connect with music promoters. He led the company for 13 years until its acquisition in 2013. He started his career as a talent agent and vice president at The Kurland Agency, booking the international tours for artists such as Pat Metheny, Chick Corea and Branford Marsalis.