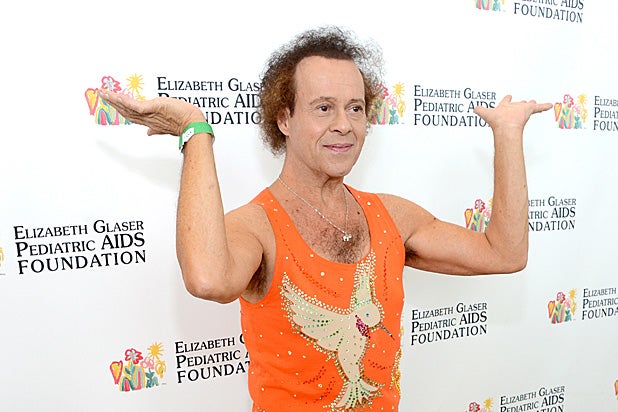 Richard Simmons had a simple message for the National Enquirer and other tabloids that have reported that he wants to become a woman.

“Some tabloids have recently falsely reported that I am transitioning. In response, I feel compelled to set the record straight and refute these lies,” the fitness guru wrote on Facebook Tuesday in a strongly worded post that included an image with a magnifying glass over the words “truth” and “lies.”

The message was in response to the National Enquirer’s cover story last week claiming that Simmons has transitioned into a woman and now wants to be known as Fiona.

Also Read: Richard Simmons Has Not Transitioned Into a Woman, Spokesman Says

“Although I am not transitioning, I have and always will be supportive of those who are going through their journey,” Simmons continued, referring to the victims of the Pulse nightclub shooting massacre.

“We should not lose focus on showing love, strength and compassion to all of the LGBT community during these tragic times. My broken heart and healing thoughts are with the people of Orlando and all other victims of prejudice, bigotry and hate,” he said.

The National Enquirer report claimed that Simmons underwent “two years of secret surgeries,” receiving breast implants and hormones. I said that he was “sparing no expense to make the transformation complete!”

The 67-year-old exercise instructor, who was reportedly hospitalized for dehydration earlier this month, has been plagued by rumors recently. Earlier this year, reports surfaced that Simmons was being held hostage in his own home, prompting him to set the record straight on NBC’s “Today.”

“I do what I want to do as I’ve always done,” Simmons said. “So people should sort of just believe what I have to say because, like, I’m Richard Simmons!”