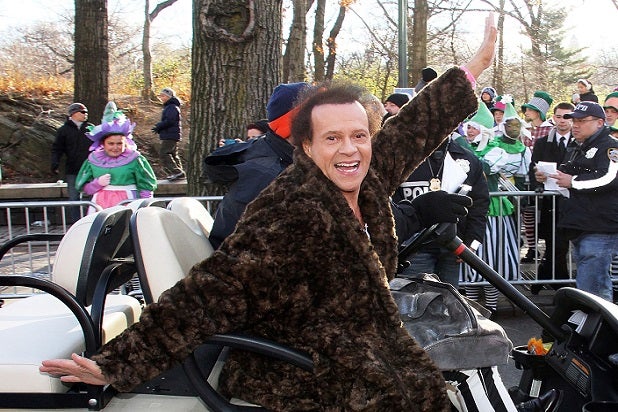 Calm down, everybody; Richard Simmons is still a man.

A spokesman for the fitness guru has shot down a National Enquirer report that Simmons has transitioned into a woman, calling the report a “complete fabrication.”

The tabloid quotes a source as saying, “[This is] not just Richard Simmons in drag. This is Richard dressed as a softly spoken woman named Fiona!”

The 67-year-old exercise instructor, who was reportedly hospitalized for dehydration earlier this month, has been plagued by rumors recently. Earlier this year, reports surfaced that Simmons was being held hostage in his own home, prompting Simmons to set the record straight on NBC’s “Today.”

“I do what I want to do as I’ve always done,” Simmons said. “So people should sort of just believe what I have to say because, like, I’m Richard Simmons!”