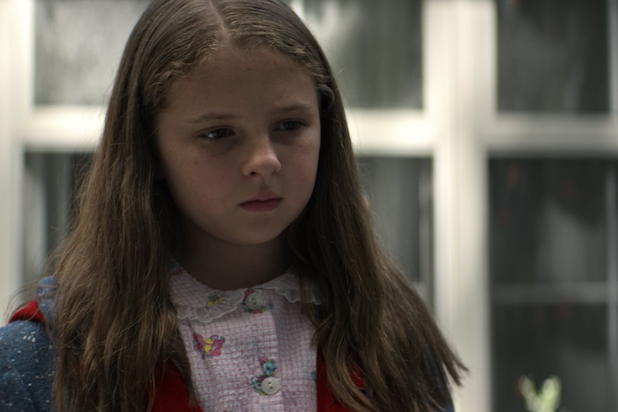 If you thought the “Right Stuff” storyline where Alan Shepard’s wife Louise changed her niece’s name to “Martha” seemed a bit far-fetched — even for a TV show — then you might want to sit down for this one.

In Episode 4, titled “Advent,” Shepard (played by Jake McDorman in the Disney+ series) and his wife Louise (Shannon Lucio) have her niece, Judith, come to live with them in December 1959 after Louise’s sister passes away. When Shepard comes home at Christmas and is talking about the new addition to the family, Louise corrects him on the use of “Judith,” saying they are going to rename her Martha, because Judith “sounds too much” like Julie, the name of one of their daughters.

Later, Alan’s parents come over for Christmas dinner, and his father, Alan Sr., a stern Army man, is having none of this renaming stuff. He mocks his son for allowing the change and asks Martha if she picked her new name. Louise says he’s making the little girl uncomfortable, and he stops and then slams Martha’s elbow down on the table to scold her for poor manners. Alan tells his father this is his house and he’ll handle the discipline, and Alan Sr. criticizes him for not having an American flag up outside.

Alan calls out his father, saying he is jealous of his son’s recruitment into the Mercury 7, and his father tells him he’s thrown away his Navy career. The astronaut then says his parents will have to find a hotel because Martha is settled into the guest room.

The next day, Martha is playing alone when Alan brings an American flag into the room and asks her to come outside with him. He tells her it will now be her special job to raise it up with him. Alan then asks Martha what name she would pick for herself and she responds with his name. He says that might cause some trouble for her down the road, and asks if she likes “Alice.” She says yes, and he says that’s what she’ll go by from now on.

So did Shepard and Louise actually change their niece’s name in real life? Yes, but it happened a few years before it does in “The Right Stuff.”

The real Alan Shepard and Louise Shepard had two daughters, Laura and Julie. Following the death of Louise’s sister in 1956, Shepard and his wife raised Louise’s five-year-old niece, Judith Williams. Worried about having both a Julie and a Judy, the Shepards renamed Judith “Alice.”

We know: It’s not Martha, but it’s insane.

The first two episodes of “The Right Stuff” debuted last Friday on Disney+. The remaining six episodes are rolling out weekly, one at a time.