Rob Schneider has no qualms about publicly voicing his political beliefs, even if it jeopardizes his acting career at this point. That’s what he claimed to Glenn Beck earlier this week, and now, fans are asking just one question on Twitter: what career?

Schneider appeared on Glenn Beck’s podcast on Monday, and during his appearance, he explained why he had to escape the “Democratic stranglehold,” claiming that the party is “no longer protecting the rights of the individual.” Schneider also ragged on his old stomping grounds, “Saturday Night Live,” claiming that the show was “over” when Kate McKinnon mourned Hillary Clinton’s 2016 loss onstage that night by unironically singing Leonard Cohen’s “Hallelujah.” 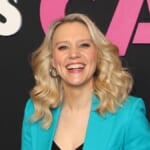 Also Read:
Kate McKinnon Shares Tearful Send-Off to ‘SNL’ and Lorne Michaels: ‘I Hate Goodbyes and I Love Those People’

When asked point blank by Beck if Schneider would be “willing to lose it all” for this political beliefs, Schneider didn’t hesitate. “Absolutely,” the actor said, adding, “I don’t care about my career anymore.” In the days that followed, Schneider was dragged by Twitter for his comments, with most people mocking what his acting career is and was.

For some, Schneider’s statement was obvious, considering where he was saying it. “No one who cares about their career.. appears on @GlennBeck’s show… so.. redundant…,” one person wrote.

Others joked that Schneider’s acting career has long since expired. “Rob Schneider saying he doesn’t care if he loses his career is like me saying I don’t care if I get fat – It happened long ago,” another tweeted.

“Man bravely turns back on career 30 years after it ends,” one joked.

Others honed in on the fact that many of Schneider’s roles actually came about in Adam Sandler movies, as a result of a rumored pact the actors had with each other (and a few of their friends) to help one another get roles over the years. As of July of this year, Schneider has had a role in 15 Sandler-starring movies.

But people were pretty sure that if Schneider were to “lose it all,” Sandler himself would still be just fine.

“LMAO I’m sure Adam Sandler will have no issues finding someone other than Rob Schneider to play “friend #5” in his next comedy,” one person joked.

“Lose what? The honor of riding Adam Sandler’s coattails?” another wrote.

Schneider’s words also drew particular mockery as a result who was actually in support of them. “The Mandalorian” actress Gina Carano, who was fired from the franchise last year after sharing a post on social media implying that being a Republican today is like being Jewish during the Holocaust, tweeted out her own support of Schneider.

“I’ll fly with ya,” she tweeted, alongside a white heart.

You can check out more responses to Schneider’s claims below. 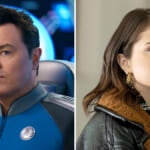 Also Read:
‘The Orville’ and ‘Only Murders in the Building’ Are the Most In-Demand Originals on Hulu | Charts
x