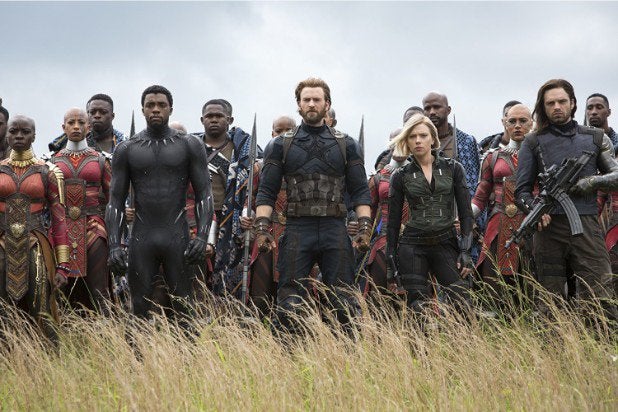 The Chadwick Boseman tributes keep rolling, and on Sunday night following a commercial-free airing of Marvel’s “Black Panther,” ABC News aired a tribute special in which his other Avengers, including Robert Downey Jr., Scarlett Johansson, Don Cheadle, Chris Evans, Jeremy Renner and more, paid their respects to the late star.

Boseman died on Friday after a years-long fight with colon cancer, during which time he became one of Hollywood’s biggest stars with performances that included four Marvel films and the Spike Lee movie “Da 5 Bloods.”

“‘Black Panther’ is hands down the crowning achievement of the Marvel Universe,” Downey told ABC’ News. “It was the one that people got to vote with their ticket sales and say we require this overdue diversity.”

Also Read: Danai Gurira Pays Touching Tribute to Chadwick Boseman: 'How Do You Honor a King?'

“I didn’t have enough time with Chadwick,” Cheadle said. “It’s a statement I know everyone is making, but everyone can make because he was here far too short a time.”

“Chadwick was a deeply kind and gentle person and very present and thoughtful, and those qualities are so present in his work,” Johansson said.

Boseman’s work was recognized by his past co-stars in Marvel films as well as those who would’ve soon shared the screen with him in Marvel’s Phase 4 of movies, including “Shang-Chi” star Simu Liu and “Eternals” star Angelina Jolie each giving statements.

“I know that I ride the coattails of his success that I stand on his great shoulders,” Liu said in the special.

“He gave all of us and all of our children a great example of a humble leader,” Jolie added.

Boseman was also well known for taking the parts of many Black historical figures, including Thurgood Marshall, Jackie Robinson and James Brown, and non-Avengers Oprah Winfrey and Whoopi Goldberg explained why those performances did just as much to help make him heroic in the eyes of so many.

“The way he handled his life and handling cancer with such grace and humility lets us know that he truly was a superhero,” Winfrey said.

“This loss is felt around the world, people in every country. He was pretty amazing. He is Wakanda forever,” Goldberg added.

Sebastian Stan and other Marvel stars pay tribute to Chadwick Boseman during ABC’s special “A Tribute for a King” pic.twitter.com/9lzvs1DWzD

— The Falcon and the Winter Soldier (@falconsoldierTV) August 31, 2020