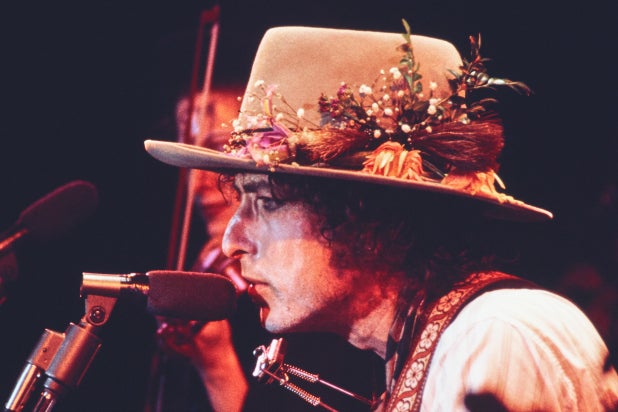 For this would-be definitive chronicle of the people, places and music involved in Dylan’s 1975-76 concert series, Scorsese combines vintage footage with modern-day interviews — not all of them real — for a vibrant, engaging portrait of Dylan then and now, filling gaps in his own inscrutable history while simultaneously showcasing some of his most eclectic and vivid performances.

Framed by the United States’ impending bicentennial, Rolling Thunder was conceived as a response to the stadium tour he’d done with the Band the previous year, an opportunity to play smaller venues at lower ticket prices and to connect with fans in a more intimate way. Dylan’s own characterizations of the format they developed — one featuring a revolving door of industry superstars including Ramblin’ Jack Elliott, Joan Baez, Roger McGuinn, T Bone Burnett, Mick Ronson, Scarlet Rivera — get repeatedly corrected and eventually discarded throughout the documentary’s 140-minute running time, but the bottom line is that the tour marked one of the great assemblies of folk and rock musicians, jamming together on stage before crowds of a few thousand at a time.

Folks like Joni Mitchell show up as a “local friend,” joining the ensemble after a guest appearance, while Allen Ginsburg, who helped spearhead its premise, finds himself increasingly marginalized by audiences disinterested in his poetry, eventually becoming a glorified roadie.

What’s more strange is the way Scorsese enlists a handful of character actors to provide connective tissue and eventually some oddly understated flourishes to enhance the legend of the tour. Martin von Haselberg plays Stefan Van Dorpp, a fictitious stand-in for late filmmaker Howard Alk, who recounts the ups and downs of documenting Dylan on and off stage; later, Michael Murphy (“Nashville”) plays a congressman colleague of Jimmy Carter’s who was dazzled by the concert after Carter, a huge Dylan fan, scored him tickets.

Also Read: 'Devil in the White City' Adaptation From Martin Scorsese and Leonardo DiCaprio in Development at Hulu

The substance of their interviews is less additive to the history of the tour than to its general mystique — one of Van Dorpp’s most vivid recollections is how irritating Rolling Stone reporter Larry “Ratso” Sloman was the whole time — but even for the notoriously evasive performer at its center, it’s slightly unexpected. It also makes you wonder how much is true in Sharon Stone’s account of joining the tour, especially given some truly adorable anecdotes about her own naïveté, such as when she swooned to hear he’d written “Just Like A Woman” for her, only to learn it had been around years before they met.

In the present-day interviews, Dylan loosely attempts to tie some proper historical context to the tour, such as how “USA was chased out of Vietnam in such a humiliating way,” but little of that resonates as strongly as the performances themselves, which will make you a believer in the folk-rock gospel whether or not you’ve ever heard a Dylan song before. “Isis,” “Another Cup of Coffee” and “A Simple Twist of Fate” all make appearances in multiple set lists, and Dylan’s collaborations with the other musicians on stage feel both effortlessly improvised and skillfully practiced.

Watch Video: Bob Dylan Tumbles on Stage and Asks Fans to Not Take Photos During Concert

Covered in white face paint that highlights his mischievous eyes, and wearing a gaucho hat adorned with flowers, Dylan looks impenetrable and devilishly handsome, rattling through one song after another while Baez and others fill in harmonies and flesh out what must have been a singular musical experience to witness first-hand.

Dylan’s gift as a turner of phrase (both on record and in interviews) frequently punctuates these performances and the many tiny melodramas that the film argues played out over the course of the tour’s 57 dates. But his deadpan observations also occasionally offer a warmness towards the others involved in the tour, such as his former lover Baez, or whoever happens to be next in line to talk about him and the tour.

When he says of Ronnie Hawkins, “he looked like a s–tkicker but he had the wisdom of a sage,” you not only get an immediate, novelistic understanding of the rockabilly star but also a sense of Dylan’s sincere affection for him that transcends the more manufactured recollections. That said, it’s hard to know whether he’s being honest when he reveals how a tenuous connection through a bandmate to the rock band Kiss, as well as 16-year-old Sharon Stone’s sweatshirt choice, inspired him and the rest of the band to wear makeup on stage.

Featuring appearances by Sam Shepard, who helped Dylan “write” his heavily-improvised 1978 feature “Renaldo and Clara,” the documentary also serves as a quiet apologia for fans who never got a chance to see that film by incorporating tour and other footage that eventually went into that now-withdrawn project. But as with so many aspects of the life of Bob Dylan, the myth and mystery of “Rolling Thunder Revue” seem to add up to more than the likely real story — that it was a great, fertile period that produced some incredible musical collaborations but didn’t earn a whole lot of money.

As Dylan says cryptically in the documentary, “When somebody’s wearing a mask, they’re gonna tell you the truth”; whether or not that’s actually the case, this particular “Bob Dylan Story” proves that at least in terms of the tour, and possibly Dylan himself, what’s on the surface is plenty fascinating no matter how much or little you get at anything underneath.