Ron Meyer, the former vice chairman of Universal who left his longtime role after the revelation of a sexual affair last year, has been advising the royal family of Qatar on investments in the film business, an individual with knowledge of the situation told TheWrap on Thursday.

The former Universal vice chairman has traveled to the Middle East petrostate multiple times in the past year as they have wooed Meyer for his contacts and knowledge of the film industry. He is offering counsel on investment in content, as well as potentially building soundstages to bring film production to Qatar.

Meyer’s representatives did not immediately respond to a request for comment. 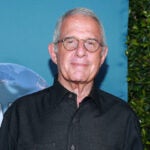 Meyer was introduced to Qatar’s Royal Family by IAC chairman Barry Diller who, along with his wife, Diane von Furstenberg, is close with Sheikha Al Mayassa Bint Hamad Al Thani, sister of the ruling emir and founder and chairperson of the Doha Film Institute. Qatar has been exploring ties with the film industry for at least a decade.

In 2016, Qatar’s BeIn Media Group, focused on sports and entertainment, bought the indie film studio Miramax, founded in 1979 by Bob and Harvey Weinstein, for an undisclosed amount. At the time, Miramax had more than 700 titles in its library and owned hundreds of Hollywood movies, including “Bridget Jones Diary” and “The English Patient.” State-owned Qatar Holding and Thomas Barrack Jr.’s investment company Colony Capital had purchased Miramax from Disney in 2010.

The Doha Film Institute also has entered the Hollywood scene. The institute has backed Hollywood films, including Nadine Labaki’s “Capernaum” and Asghar Farhadi’s “The Salesman.”

The institute launched the Doha Tribeca Film Festival, which existed from 2009 to 20012, to help develop Qatar’s film industry. In 2013, the institute made a reported $100 million deal with Participant Media to produce films, but the deal was eventually canceled.

More recently, nine films supported by the Doha Film Institute were featured at the Cannes Film Festival in July.

Meyer left his role as vice chairman of Universal after actress Charlotte Kirk revealed a sexual affair, which came to light after he said her associates attempted to extort him and falsely implicate NBCUniversal. 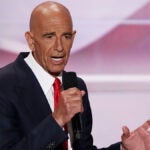